MK Magal: Terrorists should be killed

“Whoever is trying to kill us should be taken out,” Bayit Yehudi MK says. 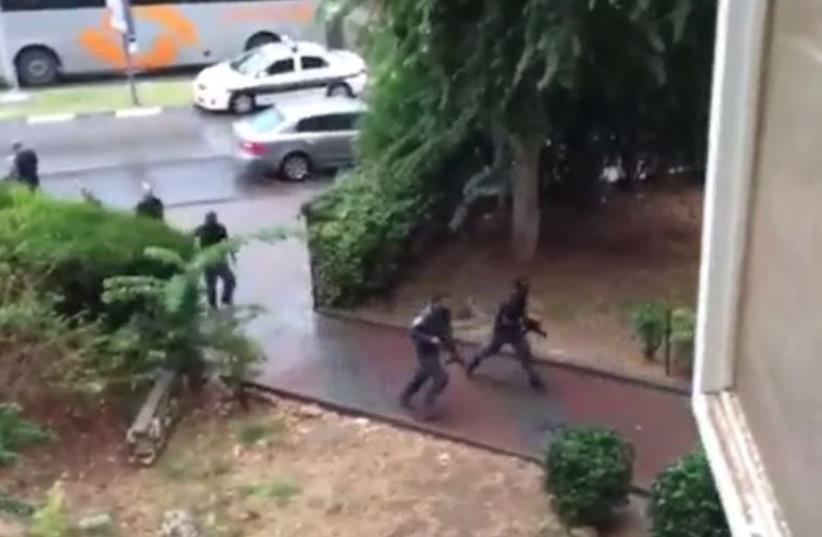 Police pursue terror suspect who snatched soldier's weapon‏
(photo credit: screenshot)
Advertisement
Bayit Yehudi MK Yinon Magal courted controversy, calling for terrorists to be killed on Wednesday night.“It is important to make an effort so that terrorists who carry out attacks are not left alive,” Magal wrote on Twitter, deleting the tweet later.
24 hours of terror in Israel
On Thursday, Magal clarified to Army Radio that he does not mean terrorists should be executed after being arrested, but in a case when one is attacking someone and has to be shot to be stopped, he or she should be killed and not just “neutralized.”“I’m not saying we should take the law into our hands and lynch people,” he stated, adding later: “Whoever is trying to kill us should be taken out.”Magal commended the Security Cabinet for changing the rules of engagement to allow shooting at people throwing rocks and Molotov cocktails, and said that it is security forces’ job to protect civilians, and it’s better that they do that than for civilians to shoot terrorists.On Wednesday, MK Miki Zohar (Likud) also said killing terrorists is a good idea, after police killed a Palestinian terrorist who assaulted a soldier and invaded a woman’s home in Kiryat Gat, where he resides, saying that if a terrorist is killed, he cannot be released in a future prisoner release deal and continue attacking Israelis.Yisrael Beytenu chairman Avigdor Liberman said of the same incident that “only resolute responses like these will deter potential terrorists and give the appropriate punishment.”In July, the Knesset voted down a Yisrael Beytenu bill making it easier to sentence terrorists to death with six in favor and 94 opposed.The current law allows the death penalty only in a case of judicial consensus, and was only used against Holocaust organizer Adolf Eichmann in 1962.