A billboard just below the police station in Israel's largest Arab town reads: "Running over organization of Nazareth." Also, Fatah supports a Facebook page calling for car attacks with 35,000 likes.

By DOV LIEBER
NOVEMBER 9, 2014 18:20
Nazareth sign
(photo credit: Courtesy)
Advertisement
A billboard reading "Running over organization of Nazareth" was put up recently just below the police station in Nazareth, Israel's largest Arab town.
The billboard uses the word "da'es" in Arabic, meaning running over, which is a play on words for the Islamic State's name in Arabic, "Da'ash."
The "Nazareth group for running over" is ostensibly connected to a wider Palestinian movement, which has been calling for the running over of Jews following a spate of recent terror attacks in which Israelis have been run over by Palestinians in vehicles.
Among those calling for car attacks against Jews is Fatah, who posted on their official Facebook page a picture supporting  the "running over organization."
Post by ‎حركة التحرير الوطني الفلسطيني "فتح" / الصفحة المركزية‎.
The post's text reads in Arabic: "#Running over with the gas at 199 for the sake of al-Aksa." The post alludes to a song sung by Palestinian school children about the bus driver.
The cartoon has the word "Da'es," "running over," with a Jewish star on the black street and a crossed-out traffic sign with the word al-Aksa, ostensibly saying  that Jews are not allowed to go to the Temple Mount.
The same image was posted first on a Palestinian Facebook page calling for the running over of Israelis that had garnered over 35,500 likes as of Sunday afternoon. 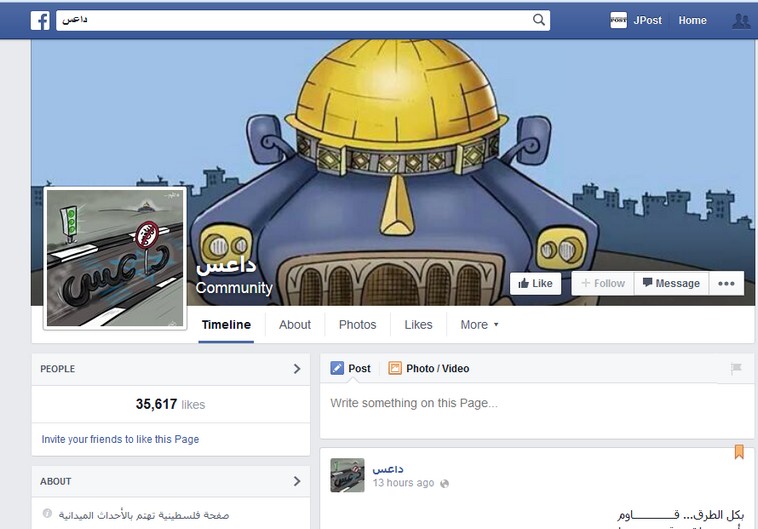 Another image on the Facebook page showed a Palestinian man running over Israeli soldiers, "for Jerusalem." 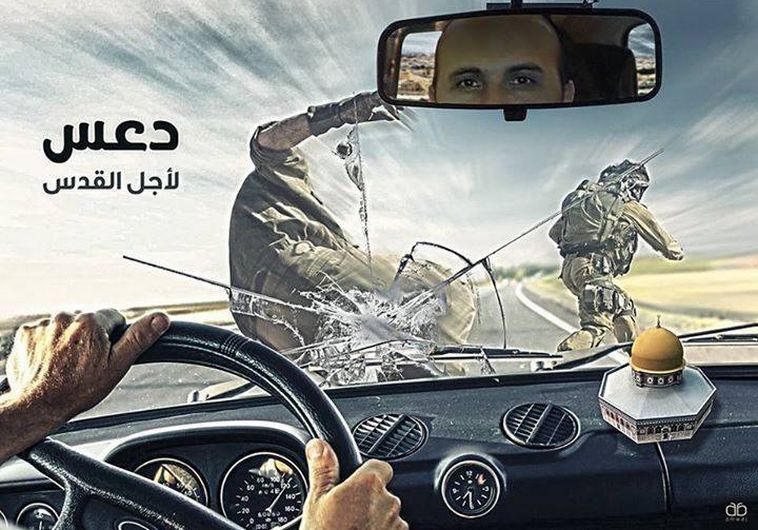 Adding to already high tensions in Israel between Jews and Arabs, last Friday night,  22-year-old Kheir a-Din Hamdan  was shot and killed by police in the village Kafr Kana, which is near Nazareth. The Arab sector has declared a nationwide strike to protest the killing of Hamdan, who was shot after he had been banging on the window of a police van while holding a knife. Police said they feared their lives were in danger but in a surveillance camera video released on Saturday Hamdan appears to have been walking away with his back to police when he was shot.
Advertisement
Subscribe for our daily newsletter