"Israel is prepared to cooperate with Egypt and with other Arab states to advance the diplomatic process and the stability in the region," Netanyahu said. 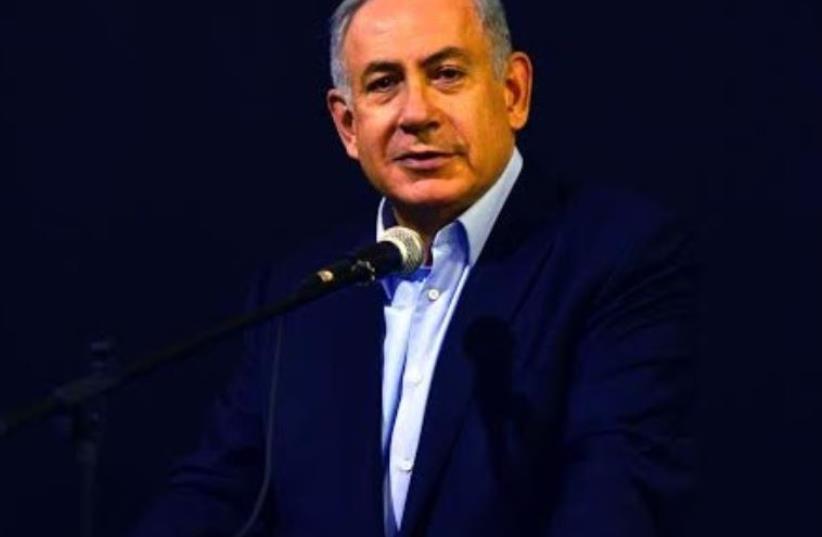 Benjamin Netanyahu speaking at a ceremony for fallen soldiers.
(photo credit: KOBI GIDON / GPO)
Advertisement
Prime Minister Benjamin Netanyahu welcomed Egyptian President Abdel Fatah al-Sisi's call for a renewed effort to advance a peace process between Israel and the Palestinians on Tuesday."Israel is prepared to cooperate with Egypt and with other Arab states to advance the diplomatic process and the stability in the region," Netanyahu said."I appreciate President Sisi's actions and am encouraged by the leadership that he is displaying, including on this important issue," he added. Delivering a speech at the inauguration of a new power plant in the city of Asyut Tuesday, Sisi said that "there is an opportunity to write a new chapter of peace in the area," calling on both the Israeli and Palestinian leaderships to take advantage of this opportunity."If we can all join forces in order to solve the Palestinian issue by creating hope for Palestinians and assuring security for Israelis, we will be able to write a new chapter that may prove to be more important than the peace accords between Israel and Egypt," Sisi added."This is not the first time that the president of Egypt relays very important messages like he did today,"  MK Ksenia Svetlova (Zionist Union) said Tuesday. "It is a pity that these messages, like the message of the Saudi King from 2002 when he spoke on the Arab Peace Initiative, fall on deaf ears."Svetlova added: "The government of Netanyahu clinging onto the status quo is unrealistic. The Middle East is dynamic and constantly changing. The refusal of the Prime Minister and his associates of our friends in the Western and Arab world is costing us dearly."A Palestinian official also welcomed Sisi's remarks."We welcome any efforts aimed at ending the Israeli occupation," Wasel Abu Youssef, a member of the PLO Executive Committee, told Reuters.Egypt was the first of a handful of Arab countries to recognize Israel with a US-sponsored peace accord in 1979, but Egyptian attitudes to their neighbor remain icy due to what many Arabs see as the continued Israeli occupation of land that is meant to form a Palestinian state.Sisi, who rarely speaks publicly about foreign policy, offered the 2002 Arab peace initiative as a potential way ahead.The initiative offered full recognition of Israel but only if it gave up all land seized in the 1967 Middle East war and agreed to a "just solution" for Palestinian refugees.Reuters contributed to this report.