Likud dismisses criticism from Gideon Sa'ar, saying he is a "talkbacker" spouting nonsense from the living room of his Tel Aviv home. 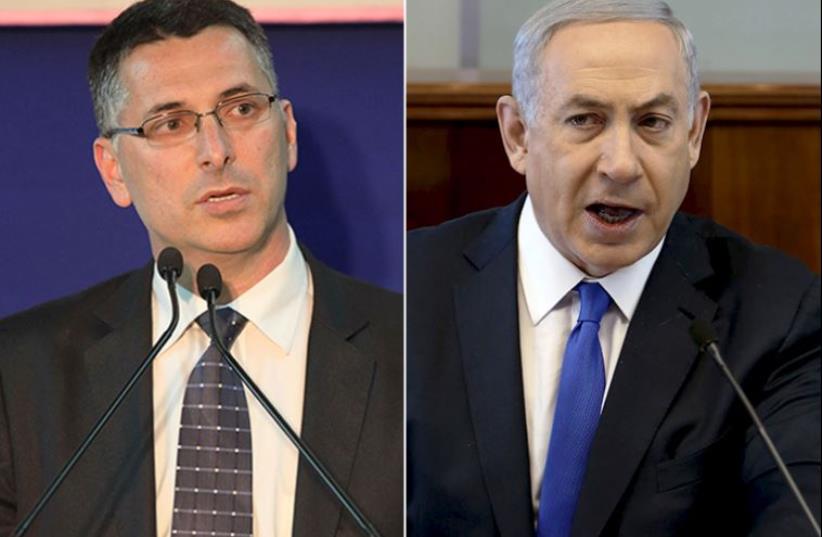 Netanyahu and Sa'ar
(photo credit: REUTERS,MARC ISRAEL SELLEM)
Advertisement
Former Likud minister Gideon Saar insisted that he has not yet decided to return to political life, but that did not stop him from slamming the government's handling of the current wave of terror.Speaking in an Army Radio interview, Sa'ar attacked the government for what he said were its failures in providing security to Israel's citizens. "It seems that the handling (of the security situation) has not been successful, and up to this point, has been quite a failure. Let's first state things clearly, and then perhaps we can get to a better place."Sa'ar said that he, like many Israelis, had voted for the Likud and Prime Minister Benjamin Netanyahu for security reasons. "As far as results and actions are concerned on the security front in the last six months, we are not seeing it."He said that the government had been reacting to incidents, rather than setting clear goals.Sa'ar called on Netanyahu's security cabinet to work to remove the more than 1,000 illegal Palestinians in Israel, accusing the government of "a grave failure" in the handling of the issue.Sa'ar argued that the current violence would not come to an end without rooting out the incitement that stands behind it. He called to expel those guilty of incitement to Gaza.The former Likud minister, considered a possible challenger to Netanyahu's leadership of the party before he resigned from politics in 2014, called on the government to strengthen Israel's hold on Jerusalem, increasing building for Jews in the capital and preventing illegal Arab construction.He said that the current wave of violence was not a struggle of lone wolves, or individuals, but "a 100-year-old conflict over land, and they must lose."Sa'ar said that over the past six months, there had not been accomplishments on the defensive front for Israel. He criticized the political echelon for not presenting clear goals to security forces."A government has a responsibility to provide security for its citizens," he charged.Regarding his own situation, Sa'ar said that he would only return to politics if he could make a change. The Likud dismissed Sa'ar's criticism, issuing  a scathing attack on the man who was once second on the Likud list behind Netanyahu. The Likud described Sa'ar as a person who has "absolutely no security experience, that has never in his life taken operational decisions, but to spout nonsense from the living room at his house in Tel Aviv on the security situation, as if he understands the considerations of the political echelon - that doesn't cost any money."The party said that the government was taking "unprecedented steps" against terror. "The IDF, the Shin Bet, the police and all of the security forces are working diligently with the support of the political echelon. All the rest is nonsense from politicians looking for votes."