'You have no strategy for victory in Lebanon,' Nasrallah taunts Israel on war anniversary

Nasrallah, who gave the speech from his hiding place, praised "the heroes of the resistance who fought to their last drop of blood in July 2006." 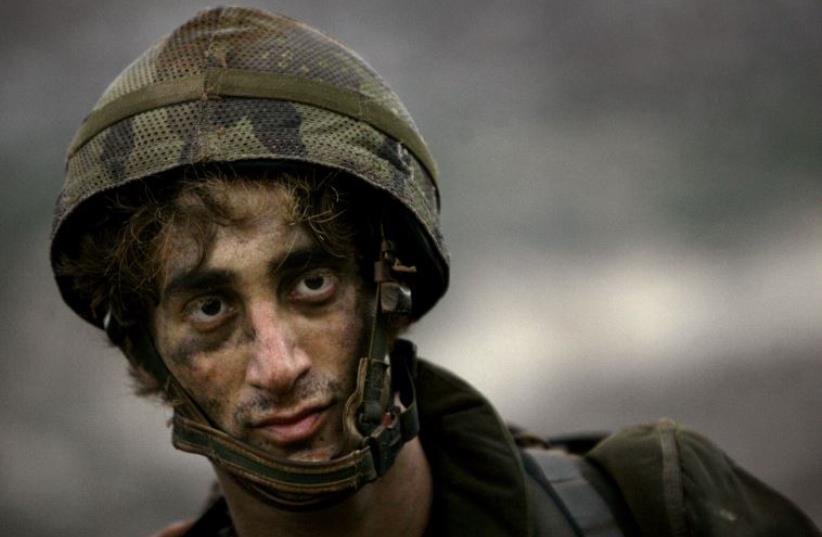 An Israeli soldier walks as leaves Lebanese territory during the second day of a ceasefire near the town of Menara, August 15, 2006
(photo credit: REUTERS)
Advertisement
Hezbollah Secretary-General Hassan Nasrallah delivered a televised speech on Friday which was viewed by the Shi'ite movement's followers who marked the nine-year anniversary of the Second Lebanon War.Nasrallah, who gave the speech from his hiding place, praised "the heroes of the resistance who fought to their last drop of blood in July 2006.""Allah gave us this victory, which can be considered a real miracle and which is impossible to explain in materialistic terms," the Hezbollah leader said.On July 12, 2006, a contingent of Hezbollah guerillas assaulted an IDF patrol on the Israeli side of the fence that stretches along the border with Lebanon.The Shi’ite group claimed at the time that it had successfully taken hostage two soldiers. Later that evening, the Israeli government mobilized its troops and set out for a wide-scale military operation that would come to be known as the “Second Lebanon War.”In 34 days of fighting, 119 soldiers and 45 Israeli civilians died, while the Israeli home front was bombarded by an unprecedented number of rockets - an estimated 4,000 - that paralyzed the part of the country that stretched from Haifa and Afula northward. "This was a heroic clash that included the destruction of dozens of IDF tanks and the killing of dozens of elite soldiers who felt what it was like to be in hell," Nasrallah said.The Hezbollah leader spoke of the prospect of renewed fighting with Israel, saying: "Israel has no military strategy that could bring it victory in Lebanon.""Your army will be routed," Nasrallah said, addressing Israel.Nasrallah met earlier this week with the foreign minister of Hezbollah's patron and backer, Iran, in Beirut.Mohammad Javad Zarif told reporters in Beirut on Tuesday that the Islamic Republic's major challenge in the region is in "confronting...the Zionist and extremist regime."