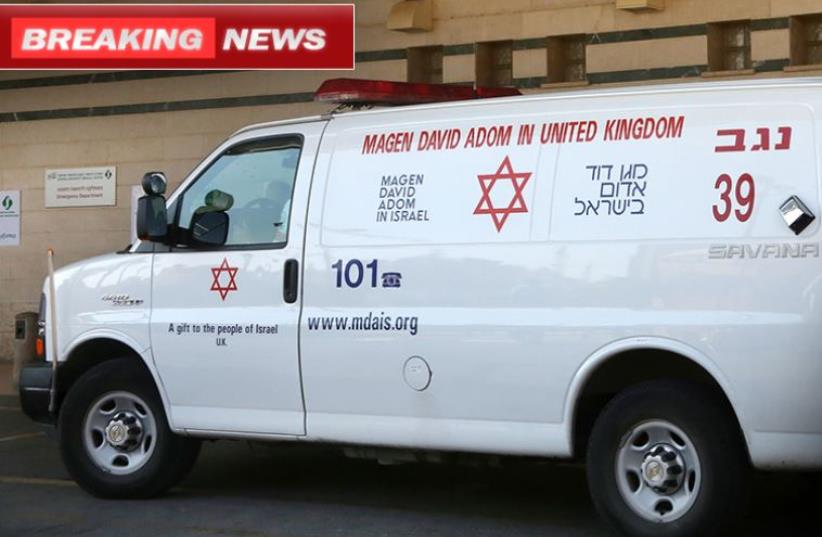 Breaking news
(photo credit: MARC ISRAEL SELLEM/THE JERUSALEM POST,JPOST STAFF)
Advertisement
A Palestinian assailant stabbed an Israeli at a gas station in the West Bank settlement of Givat Ze'ev, according to initial reports.MDA paramedics arrived at the scene and treated a 36-year-old man with numerous wounds to his upper body. The victim was evacuated to Shaare Zedek Medical Center in Jerusalem in serious condition for further treatment. The perpetrator in the incident was captured by police. “When we reached the gas station, we saw a 36-year-old man lying on the floor fully conscious and suffering from multiple stab wounds to his upper body,” said Dudi Gur, a MDA paramedic. “We immediately put him into an ambulance and during the drive to the hospital we administered emergency first-aid treatment, which included attempts to stop the bleeding as well as pumping liquids into his body.”“He is listed in moderate-to-serious condition,” the paramedic said.The event follows an earlier incident Wednesday afternoon when a suspected assailant attempted a knife attack at the Kalandyia Checkpoint near Jerusalem. There were no injuries in the incident, the knife-wielding perpetrator was subsequently apprehended. A bus carrying Palestinians with Israeli identification documents was stopped at the checkpoint for a security check. While sweeping the bus, after arousing the suspicion of the Israeli security personnel a young man was asked to present his identification document. When he failed to present his papers he was asked to disembark from the bus. After the suspect exited the bus, he resisted being searched at which point he tried to pull a knife from his pocket, police said. One of the security agents noticed that a knife fell off the suspect and immediately gained control of him.  Security forces were questioning the suspect, a seventeen-year-old from Nablus.