The PA claims Israeli soldiers have been given the green light to open fire and kill Palestinians. 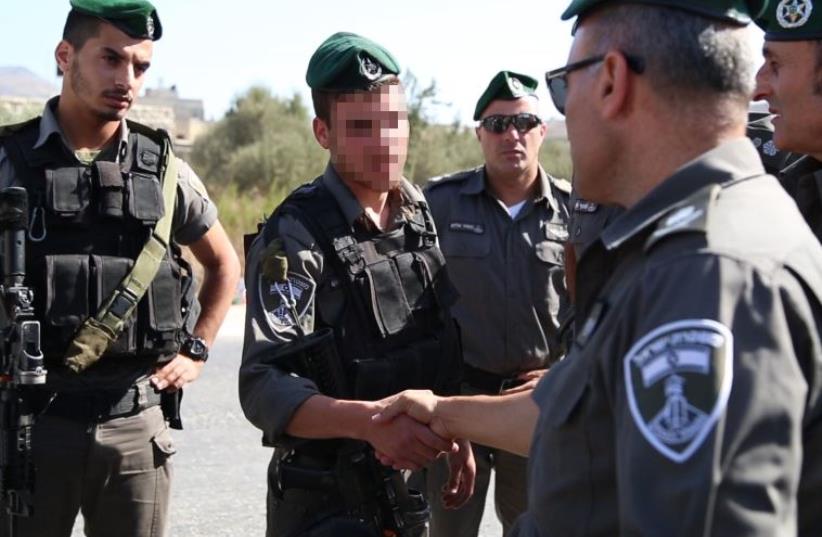 Injured Israeli security personnel recounts yesterday's stabbing attack ‏
(photo credit: BORDER POLICE)
Advertisement
The Palestinian Authority on Sunday accused Israel of carrying out “field executions” of Palestinian youths and said it would file charges with the International Criminal Court (ICC).The accusation came following Saturday’s incident near Nablus, where a Palestinian assailant was shot to death after stabbing an IDF soldier. The attacker was identified as Rafik Kamel al-Taj, 18.The PA Foreign Ministry claimed that al-Taj was “executed” and left to bleed to death. It also claimed that the IDF prevented medical teams from saving his life.“The ministry affirms that the filed executions practiced by the occupation forces against Palestinian teenagers is in accordance with the policy of the Israeli government and its prime minister, Benjamin Netanyahu,” the ministry said in a statement. “They are also in line with the inflammatory instructions that give the occupation soldiers a green light to facilitate the opening of fire and the killing of Palestinians.”The PA ministry pointed out that the iron-fist against Palestinians should be directed against Jewish terrorism. It said that the PA was currently preparing a report about Israel’s “field executions” in order to present it to the ICC.