The IDF spokesman said that a preliminary investigation showed that Badran, and three other Palestinians who were injured, were close to the scene but were not involved in the violence. 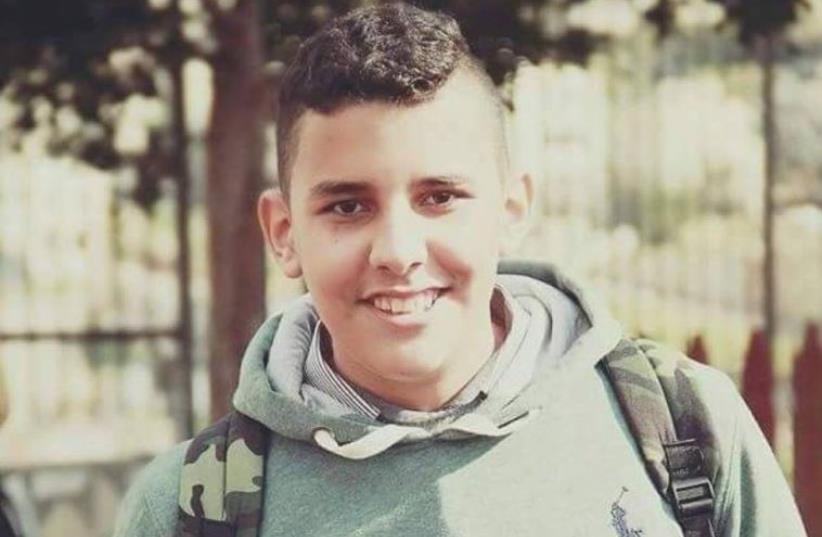 The Palestinian Foreign Ministry on Tuesday accused the IDF of “executing” a 15-year-old West Bank resident who the army said was killed accidentally. Mahmoud Badran, from the village of Beit Ur al-Tahta, was shot by the IDF after a violent incident of stone throwing along Route 443 in the West Bank late Monday night.On Tuesday morning, the IDF spokesman said that a preliminary investigation showed that Badran, and three other Palestinians who were injured, were close to the scene but were not involved in the violenceThe Palestinian Foreign Ministry issued a statement condemning the "execution" of the Palestinian teen.The ministry stated that the incident came "while the extremist right government of Benjamin Netanyahu continues to reject and foil all regional and international peace initiatives.""The crimes carried out by Netanyahu's government against the Palestinian people are proof of the intentions of this government and its racist policy against Palestinians, neglecting any negotiating channel to end the Israeli-Palestinian conflict in a peaceful way.“The killing of Badran proves again that Netanyahu's government is a government of extremists and settlers who engage daily in the worst expressions of state-sponsored terrorism against the Palestinian people,” the statement added.The ministry demanded that regional and international humanitarian organizations "quickly document the circumstances of this crime in order to hand it over to international tribunes and put the people who committed it on trial."
The ministry called on the international community to break its silence over the actions carried out by Israel and "condemn this crime."