PA intelligence officer arrested with others for attack on IDF soldier

Shin Bet: The cell, based in the Tulkarem area, fired on and injured an IDF soldier last week. 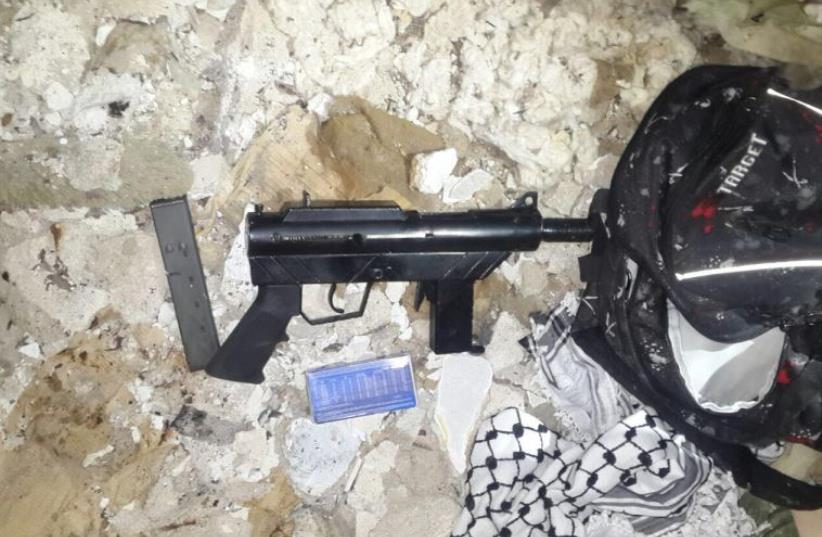 Weapons used by Palestinian terror cell that attacked IDF soldiers
(photo credit: SHIN BET)
Advertisement
Security forces, acting on Shin Bet intelligence, arrested three members of a terrorist cell near Tulkarem on Friday. The suspects include a member of the Palestinian Authority's General Intelligence Service, the Shin Bet added. The cell members allegedly carried out a gun attack on the army last week, injuring an IDF soldier.Members of the cell, from Danabe, near Tulkarem, include two gunmen who fired on an injured IDF soldier on January 20, and a third suspect, named as Ala Barkawi, 32, who works in the Palestinian Authority's General Intelligence Service. The PA suspect is accused of aiding the gunmen after the attack and hiding the firearm used to open fire on the IDF."The three were taken for questioning by the Shin Bet, and confessed to carrying out the shooting. They disclosed the location of the firearm they used in the attack," security forces said. In a separate operation, security forces arrested four veteran Hamas members in Hebron overnight between Saturday and Sunday for alleged activities on behalf of the terror organization, as well as a fifth member in Dir Samat, west of Hebron.The suspects were not about to carry out an imminent terror attack, but were allegedly involved in activities within the organization, security sources said.The arrest raids were conducted by the IDF, Border Police, and Judea and Samara District police.A suspect who allegedly took part in rioting and unorganized terrorism was arrested in Halhoul, west of Hebron.