This is not the first time the Palestinian Authority has turned to the international community for help over alleged Israel violations. 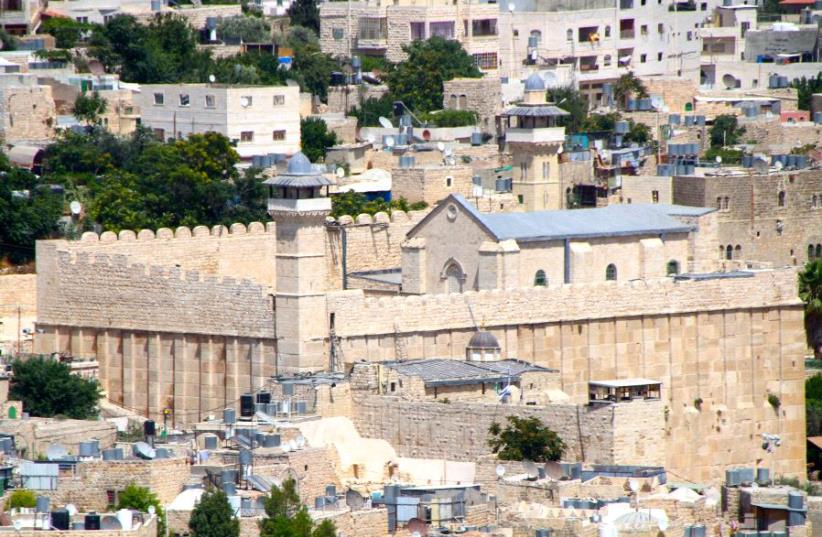 The Cave of Patriarchs, Hebron.
(photo credit: TOVAH LAZAROFF)
Advertisement
Palestinian Minister of Religious Affairs Yousef Id claimed on Monday that Israel prevented Muslims' call to prayer at the Ibrahimi Mosque, also known as the Tomb of the Patriarchs, 645 times in 2017.Id demanded that international organizations, especially the United Nations Educational Scientific and Cultural Organization (UNESCO), pressure Israel to relinquish restrictions on the Islamic holy site.
UNESCO declares the Cave of the Patriarchs as Palestinian, angering Israel (Reuters)
This is not the first time the Palestinian Authority has turned to UNESCO for help. In June the PA urged the international organization to inscribe the holy site into the "list of world heritage danger" because of Israel’s violations of Muslim sovereignty of the holy site.A letter was presented the World Heritage Center with a lengthy list of alleged Israeli violations from the last three years in Hebron’s Old City and at the Tomb. The list included refusal to allow Muslim worshipers access to the site and failure to make necessary repairs.In June, 12 of 21 members of the World Heritage Center ruled in favor of recognizing the Old City of Hebron and the Tomb of the Patriarchs as part of a Palestinian state, a controversial ruling that Israeli politicians called a violation of Jewish rights.


In response, Jewish residents of the city called on Prime Minister Benjamin Netanyahu in July to hold a cabinet meeting in the Tomb of the Patriarchs in order to underscore Israel’s religious and historical ties to the Biblical site.Both Muslims and Jews claim the location is the burial site for the biblical patriarchs and matriarchs. However, while the PA claim focuses on the Islamic influence during the Ottoman and Mamluk empires, Israel says the structure in debate was built during the Roman Empire by the Jewish King Herod to commemorate the Hebrew prophets.Tovah Lazaroff contributed to this article.