"Israel and Erdogan's Islamic party are the only ones who will be served by this agreement," a Palestinian source said. 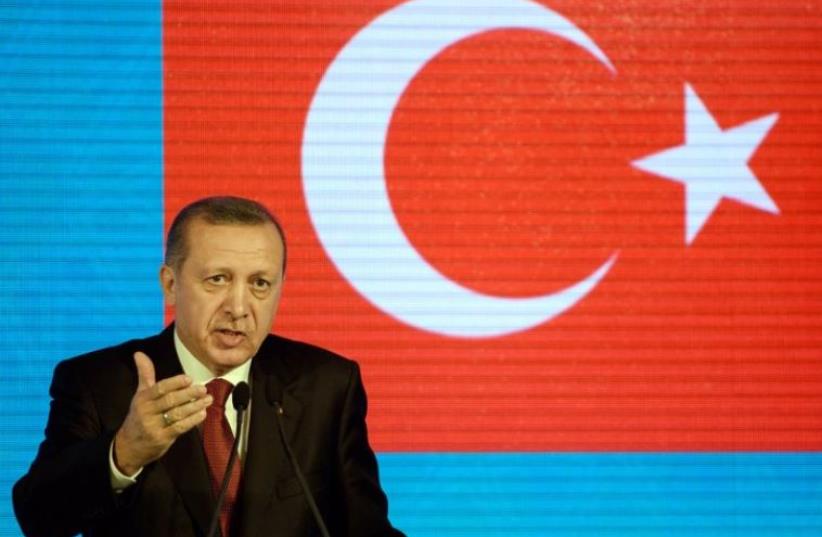 Turkish Prime Minister Recep Tayyip Erdogan
(photo credit: AFP PHOTO)
Advertisement
Despite the fact that Turkish President Recep Tayyip Erdogan called Palestinian Authority President Mahmoud Abbas to update him on Ankara’s reconciliation agreement with Israel, PA sources said Monday that the deal will perpetuate Palestinian divisions and will not help the Gaza Strip.“Israel and Erdogan’s Islamic party are the only ones who will be served by this agreement,” a Palestinian source said.The senior official accused Erdogan of ignoring diplomatic rules between friends and completely ignoring the Palestinian Authority by allowing Hamas to continue ruling in Gaza in exchange for the rehabilitation of the Strip.“Israel will find excuses to cancel the rebuilding of Gaza, meaning that the final result of the deal as far as the Palestinians are concerned will be zero,” the source said. “The Turkish president wanted to get Ankara out of its international isolation, which was caused by his policies. It was sad to see him chase after Israel in order to secure a weak deal.”The senior official said that there is unlikely to be any movement from Hamas on the issue of captive Israelis in Gaza as a result of the agreement, because Hamas wishes to improve ties with Egypt and Cairo is more likely to take a leading role on the issue.“Hamas will try to play this deal to its benefit,” he surmised. “However, it will turn out to be a political trick in which Erdogan is using the Gaza Strip.”Political analysts in Gaza agreed that the deal would not improve the situation in Gaza.Talal Abu Zarifa, a member of the Democratic Front’s political bureau, said that the deal “gets Israel out of being internationally isolated because of its crimes against the Palestinian people.”Abu Zarifa said that the deal would help Israel fight the boycott against it. “Turkey preferred its own political interests regarding the war on terrorism over ending the blockade of the Gaza Strip.”Political analyst Talal Ukal said that “in the eyes of the normal citizen, there is disappointment in the Israel-Turkey agreement, which neither positively nor negatively affects the Strip. This is because Ankara chose its own interests over lifting the blockade of Gaza.This is legitimate in the eyes of any politician – that a country would act in its own interests.”