PA to spend $7m to support Palestinians in Hebron

Dozens of terrorists who carried out stabbing attacks in the past few weeks hail from the city and its surroundings. 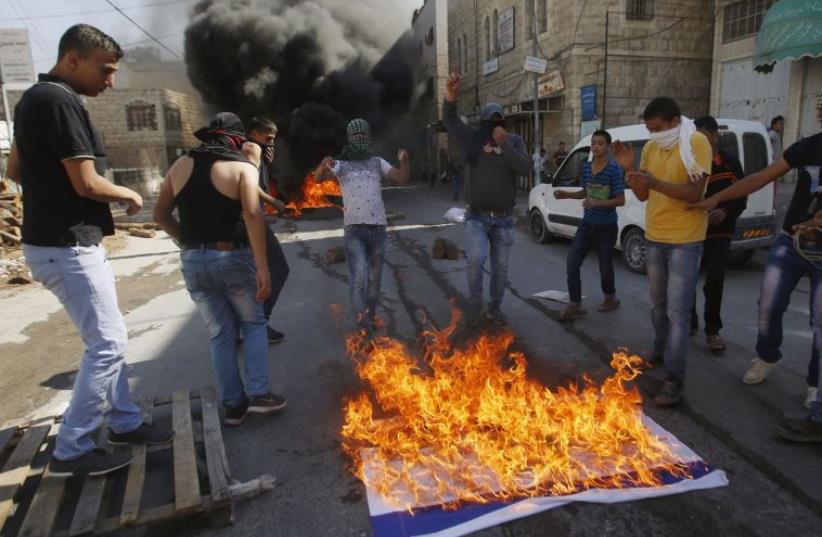 Palestinians in Hebron burn an Israeli flag while clashing with IDF troops
(photo credit: REUTERS)
Advertisement
The Palestinian Authority government on Tuesday announced a series of moves to support Palestinians in Hebron, including the launch of 20 projects in the fields of education, health and infrastructure at a cost of $7 million.The government also decided to pay a monthly grant of $100 to more than 1,000 families living in the Israeli-controlled part of the city and to establish a special fund to support the Old City of Hebron, whose residents also would receive various privileges including a raise in salary for PA employees and financial aid to merchants.The decisions come amid criticism the PA has not been doing enough to support Hebron’s residents, especially in light of the IDF’s recent security measures and settler “provocations.”Palestinians living in the Israeli-controlled part of Hebron have long complained that the PA government hasn’t given them enough support to enable them to stay in their homes, claiming that Israel’s policy over the past few decades has been to evict them from the Old City of Hebron to pave the way for settling Jews there.The government also decided to help renovate Palestinian houses in Hebron’s Old City, and said the PA Foreign Ministry will increase visits of foreign diplomats to the city to keep them updated on the latest developments there given the mounting tensions between Palestinians and IDF soldiers and settlers.The PA government, which held its weekly meeting in Hebron, hopes the measures will allow it to boost its presence in the city in general and the Old City in particular.Hebron has long been considered a Hamas stronghold; 26 of the Palestinians who carried out stabbing attacks in the past few weeks are from the city and its surroundings.