Channel 10 aired audio of the distress call made by 16-year-old teen whose father and brother were gunned down in the West Bank on Friday. 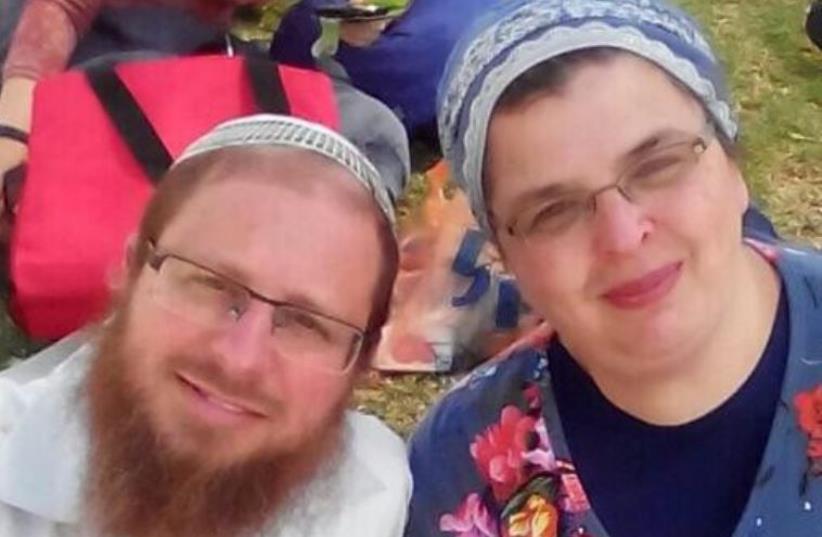 Ya'akov Litman (L) was shot and killed near the West Bank settlement of Otniel
(photo credit: Courtesy)
Advertisement
The distress call by a 16-year-old teen whose father and brother were murdered, presumably by a Palestinian gunman, near Hebron on Friday reveals that a Palestinian Red Crescent ambulance had driven by the scene of the shooting yet did not stop to administer first aid treatment.Channel 10's weekly Friday evening newscast aired audio of the call, which confirmed earlier reports on social media that Palestinian paramedics did not tend to the victims of the shooting near the West Bank settlement of Otniel.Ya'akov Litman and his son, Natanel, were pronounced dead at the scene by Magen David Adom ambulance crews after they were shot by unidentified assailants on Route 60."When we arrived at the scene, we saw seven people outside of a van, two of whom, a man in his 40s and an 18-year-old youth, were lying unconscious with gunshot wounds to their upper bodies," said Noam Bar, an MDA paramedic. "They were showing no signs of life, and there was no other choice but to pronounce them dead at the scene."Bar said that his team administered first aid to a 16-year-old boy who was lightly wounded after being shot in one of his extremities. He was rushed to Soroka University Medical Center in Beersheba for treatment. Four others were treated for shock.The IDF and Magen David Adom said they will investigate the incident further and, if the need arises, will file a formal complaint with the International Red Cross, the umbrella organization whose bylaws apply to both MDA and the Red Crescent.An initial probe by investigators revealed that the father, Litman, was driving along Route 60 when the driver of another vehicle pulled up alongside him. Litman was shot and subsequently lost control of the vehicle, swerving to the side of the road. His 18-year-old son then dialed emergency services before he, too, was shot dead. His younger brother, 16, who was lightly wounded in the attack after being shot in the leg, called MDA and reported the incident. "We're about a kilometer past Otniel," he said. "They shot at our car.""There's a Red Crescent ambulance here," he said. "There are two wounded. At least two. We were seven in the car. One of the wounded was in the middle of calling . We have the Red Crescent here. The Red Crescent left us. I don't know why."Israeli security officials told Channel 10 that it was their understanding that the Red Crescent is responsible for treating Palestinians in areas that are under the jurisdiction of the Palestinian Authority.Friday's attack took place in an area under Israeli control, yet Red Crescent personnel are still required to administer first aid to injured civilians irrespective of their nationality.If it becomes apparent that Red Crescent first responders deliberately fled the scene and were derelict in their duty to provide care, then the organization is at risk of international sanctions.