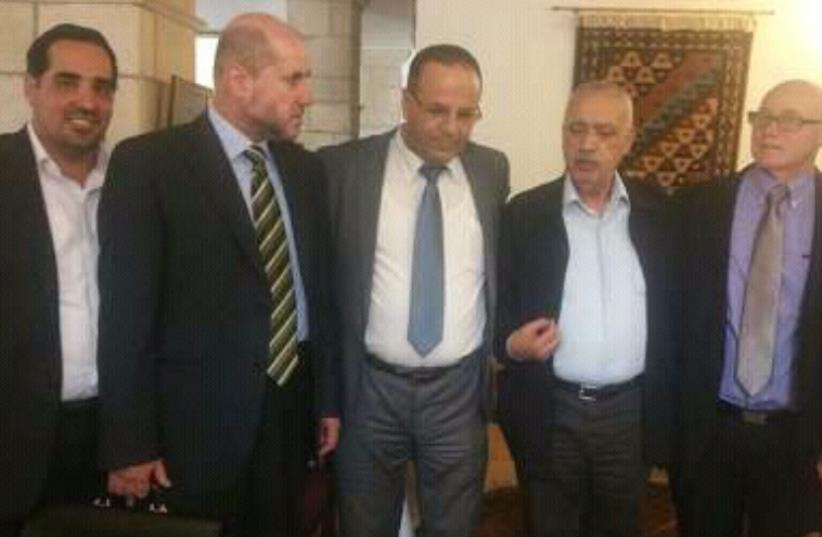 Arab and Israeli ministers meet
(photo credit: YASSER OKBI/MAARIV HASHAVUA)
Advertisement
Prime Minister Benjamin Netanyahu is the key to peace with the Palestinians, a Palestinian leadership delegation that met with Deputy Regional Cooperation Minister Ayoub Kara on Monday said.The delegation said that Netanyahu and Palestinian Authority President Mahmoud Abbas are the only leaders, and the last leaders, that will be able to sign an Israeli-Palestinian peace agreement.Among the Palestinian delegation that met Kara at the American Colony Hotel in Jerusalem were Abbas's adviser on religious affairs, Mahmoud Al-Habbash and Muhammad al-Madani, the Palestinian official in charge of relations with Israeli Arabs.Al Habbash warned that the current diplomatic stagnation could potentially lead to extremists taking over the West Bank.If there is no effort to advance the peace process, he said, "We won't have here Hamastan, but rather, ISISstan, and we will all regret it in the future."