This event comes on the heels of recent attacks in the West Bank and Jerusalem. 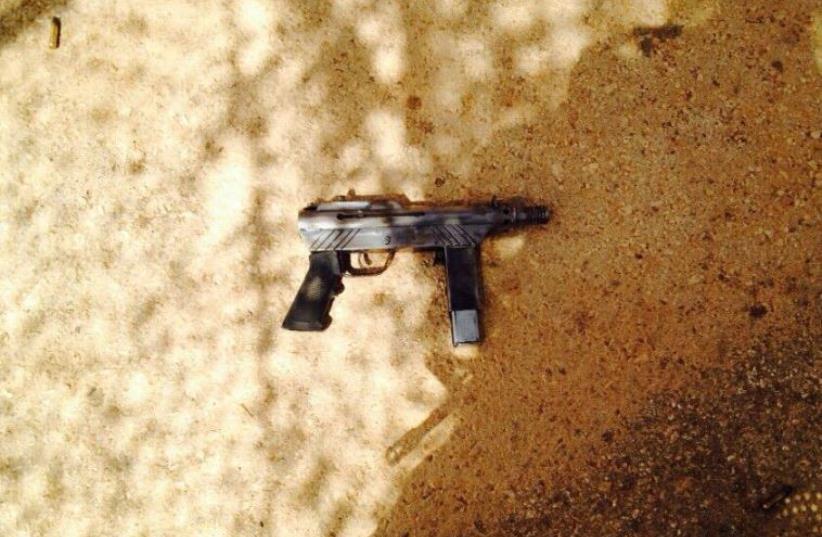 Weapon used by Palestianian terrorist in West Bank shooting
(photo credit: IDF)
Advertisement
A Palestinian terrorist opened fire on soldiers at a check point in the West Bank on Friday morning and was shot dead in IDF return fire.The gunman arrived in a vehicle with Palestinian license plates to the Bekaot checkpoint in the northern Jordan Valley staffed by soldiers from the IDF Jordan Valley territorial brigade and began firing. Soldiers immediately returned fire. The terrorist was critically injured and died shortly afterward.This event comes on the heels of recent attacks in the West Bank and Jerusalem.Last week, hopes for a peaceful Ramadan were rebuffed with violence when a Palestinian stabbed a border policeman in the neck near Jerusalem’s Damascus Gate.The officer was critically wounded, but managed to fire at his attacker, killing the terrorist.The stabbing followed a deadly Friday shooting by a Palestinian terrorist in the West Bank that killed 25-yearold Danny Gonen, who was buried in the Lod Cemetery last Saturday night, and left another man in moderate condition.