The incident was the latest in a number of recent attempts to carry out terror attacks in the West Bank and Jerusalem. 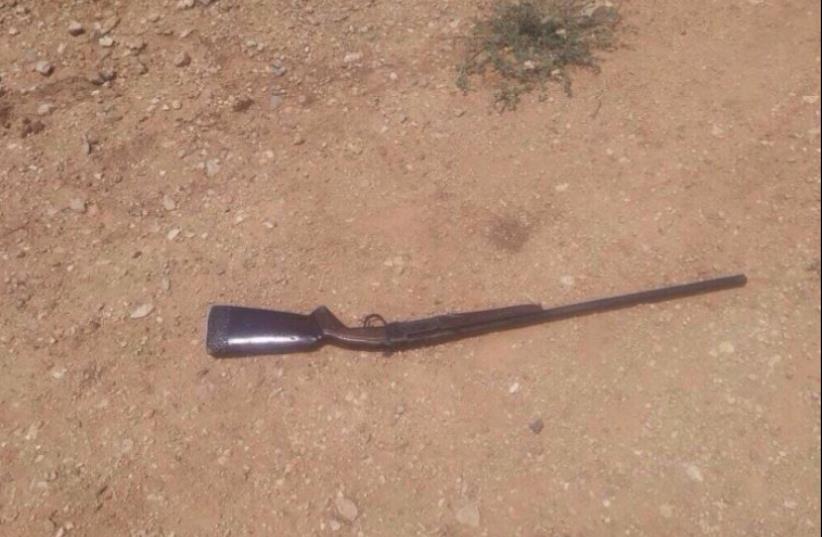 The rifle which was found on the assailant as she attempted to cross the border
(photo credit: MAARIV)
Advertisement
A Palestinian woman with a rifle was caught trying to cross the West Bank security fence, from the Kalkilya area, into Israel on Sunday.
The woman told security forces she had been sent by Hamas to carry out a shooting terror attack.
The IDF declined to provide further details on the incident.The incident was the latest in a number of recent attempts to carry out terror attacks in the West Bank and Jerusalem.This past weekend, a lone terrorist attempted an attack in the Jordan Valley. The terrorist was shot dead after attempting to shoot at reserve soldiers stationed at the Bik'ot checkpoint. Last week, a Palestinian stabbed a border policeman in the neck near Jerusalem’s Damascus Gate, critically injuring the officer. The officer was able to shoot the assailant before collapsing from his wounds.Earlier this month, a Palestinian terrorist shot two Israelis near the West Bank settlement of Dolev some six kilometers west of Ramallah. Danny Goren, one of the victims, succumbed to his wounds after sustaining serious injuries to his upper body. He was airlifted to the Sheba Medical Center at Tel Hashomer on Sunday, where he died an hour later. Izaddin al-Qassam, Hamas' military wing, took responsibility for the attack. Daniel K. Eisenbud contributed to this report.