The Shin Bet said that a Hamas terrorist cell from Nablus was behind the October 1 murder of Eitam and Naama Henkin as they drove near Itamar with their four children. 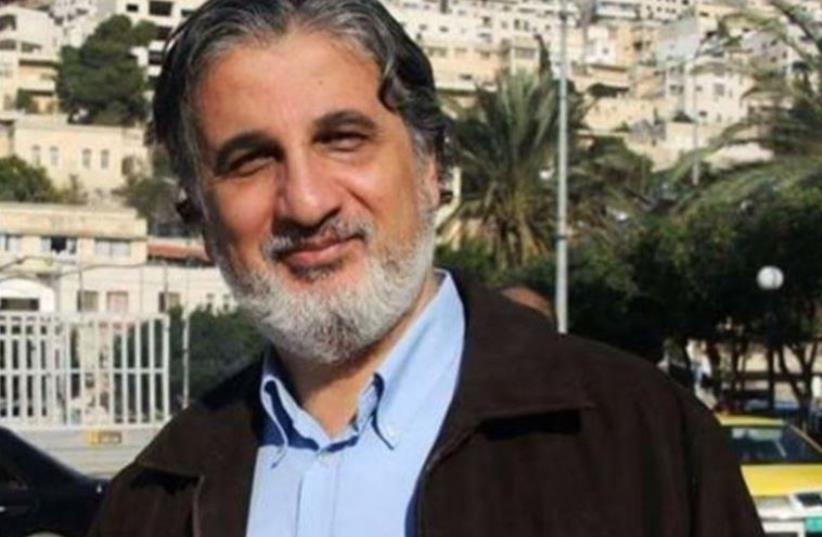 Salim Sweidan
(photo credit: Courtesy)
Advertisement
Salim Sweidan, a Palestinian journalist who works for the Ma’an news agency, was arrested by Palestinian Authority security forces on Sunday after he reported that the PA provided Israel information which led to the arrest of the gunmen suspected of killing Eitam and Na’ama Henkin on a West Bank roadway last October.The Shin Bet said that a Hamas terrorist cell from Nablus was behind the October 1 murder of Eitam and Naama Henkin as they drove near Itamar with their four children.Sweidan reported on Ma’an’s television network that PA officials were involved in the arrest of the Hamas operatives.The journalist is being accused by the Palestinian government of “slander, inaccurate reporting, reporting facts that run counter to national responsibility, violating journalistic ethics, and harming national unity.”Ma’an journalists condemned the arrest, noting that Sweidan was not the source of the information that was reported. “The Palestinian security services should have denied the report instead of arresting journalists,” the agency said in a statement.
Footage from scene of West Bank shooting
Ma’an called on international rights groups and human rights organizations to intervene in the case in order to bring about Sweidan’s release.The journalist is said to be in poor health, as he is beset by high blood pressure.The brutality of the attack in the northern West Bank, which took place at the start of the latest wave of nationalist violence between Jews and Arabs, shocked Israelis who were celebrating the Jewish high holidays.After striking the Henkins’ vehicle near the settlement in Samaria, wounding both parents, the assailants approached the car and fired on the couple again, from very close range, as the children sat in the backseat, investigator's revealed.Findings have also suggested the children’s lives may have been spared because one of the terrorists accidentally shot another, leading them to flee the scene more speedily.Five suspected cell members were arrested in a joint security operation by the Shin Bet (Israel Security Agency), IDF and Israel Police within 24 hours of the shooting.The investigation found that the suspected cell numbered five, and belonged to Hamas in Nablus. One of them ensured the road was open.Three drove inside a car – a driver and two gunmen. The commander was not inside the vehicle.Additional suspects are in custody on suspicion of assisting the cell, the Shin Bet said.It named the leader of the gunmen as Ahmed Aliwi, 37, a member of Hamas’s military wing in Nablus, who allegedly recruited the other terrorists, directed them to carry out attacks and supplied them with weapons.It named four other Hamas members in Nablus, including Yahya Haj Hamed, 24, the alleged gunman, Samir Kusa, 33, the driver, and two others. Karem Razak, 23, who was allegedly armed with a handgun during the attack, fired gunshots in the incident, and was accidentally wounded by shots fired by Hamed, investigators found.The suspects said that on the evening of October 1, two of them drove on the road near Itamar and selected a spot from which they would open fire on an Israeli vehicle.Other suspects gathered at the site, with one operative moving ahead of them to ensure the road was clear of security forces.“After receiving confirmation that the road was ‘clean,’ the shooting cell set off in their car, identified a vehicle belonging to the Henkin family and opened fire. After the [victims’] car stopped, two members of the cell got out of their car, and fired again, from very short range, on those in the vehicle,” the Shin Bet said.At this stage, Razak was accidentally shot, dropping his handgun at the scene. It was recovered by security forces. The cell fled to Nablus, 5 km. away.The suspects admitted to taking part in two other shooting attacks including the August 30 shooting and wounding of Shavei Shomron settlement resident Ronen Adri near the Jit junction, next to Kedumim.