Israel Security Forces noted that the suspect was a 36-year-old man from Bethlehem and was transferred to a facility for further questioning. 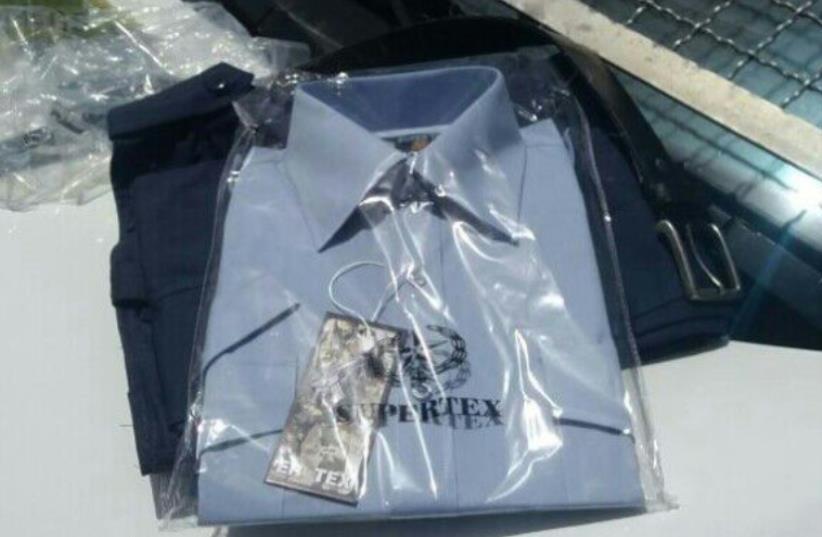 Israel Security Forces arrest Palestinian suspect after finding police uniform
(photo credit: BORDER POLICE)
Advertisement
A Palestinian man was arrested Saturday afternoon after it was discovered that the had in his possession an Israeli Police uniform,  Israel Security Forces said in a statement.  Security forces allege that the Palestinian suspect planned to carry out a terrorist attack sometime in the near future, and Border Police set out to arrest the suspect after receiving information concerning the man's intentions.According to an Israel Security Forces spokesperson, at around 12:00 p.m. Saturday, Border Police officers surrounded a taxi carrying the suspect through the Mishor Adumim checkpoint near Jerusalem. Once security forces identified the suspect, the spokesperson added, they encircled the vehicle and made the arrest.Israel Security Forces noted that the suspect was a 36-year-old man from Bethlehem and was transferred to a facility for further questioning."Upon receiving the intelligence, we deployed a large police unit and rapidly located the suspect, arresting him shortly after," the commander of the operational unit said.   "Thanks to precise intelligence, determination and the vigilance of our security forces, we were able to make the arrest before the suspect was able achieve his goal," he added.