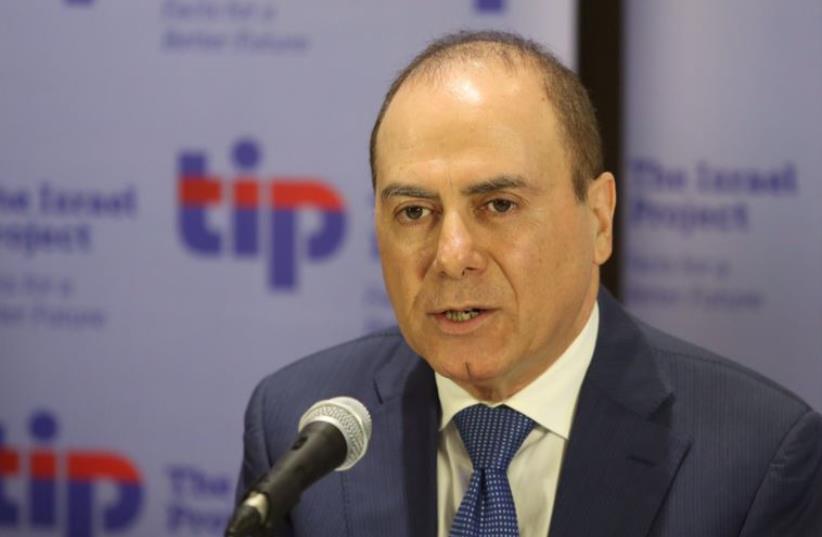 Silvan Shalom
(photo credit: MARC ISRAEL SELLEM/THE JERUSALEM POST)
Advertisement
Two human rights NGOs urged Interior Minister Silvan Shalom on Sunday to reconsider a decision to cancel permanent residency status for east Jerusalem residents involved in terrorist attacks.In a letter addressed to the minister, Sawsan Zaher of Adalah, The Legal Center for Arab Minority Rights in Israel, and Oded Feller of the Association for Civil Rights in Israel (ACRI) called the step “a very extreme practice characteristic of dark and totalitarian regimes.”Shalom has moved to revoke the legal residency status of two alleged terrorists who live in eastern Jerusalem.He has the authority to do so under the Law of Entry to Israel.But the NGO lawyers challenged the grounds for Shalom’s decision, saying that the law provides for the measure only under exceptional circumstances.Zaher told The Jerusalem Post the principle of either revoking citizenship or east Jerusalem residency was problematic in that it left the affected people stateless.Another key issue, said Zaher, is that many of those being targeted for revoking citizenship or residency were never convicted of the crime in court.Moreover, the law already provides a punishment for anyone convicted of involvement in terrorism.Zaher argued, that therefore, as she saw it, the Israeli government was adding an additional penalty on top of that provided by regular criminal law.“Revoking either citizenship or residency is an extreme and dangerous decision to take,” Zaher said.Zaher maintained that Israeli law does not include a stipulation that allows for revoking residency.There is a clause regarding citizenship, but it is only called for in exceptional cases, she argued.Zaher also thought Israel was using a double standard in applying the law, in that when it comes to revoking residency or citizenship it “is mainly implemented on Palestinians.”Former interior ministers have also revoked the Jerusalem residency credentials of Palestinians accused of involvement in terrorism.Ronnie Bar-On revoked the residencies of four Palestinians residing in east Jerusalem, three of whom were elected members of the Palestinian parliament and one of whom became a minister, as members of Hamas.Lahav Harkov contributed to this report.