Security forces arrested journalist Muhammad al-Qeq at his home in Abu Kesh, near Ramallah, on November 21, and he has been kept in administrative detention ever since. 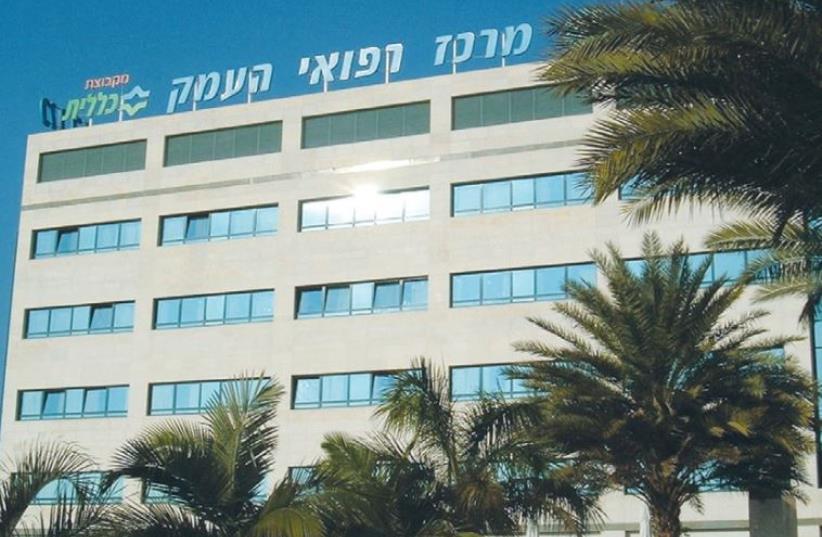 ADMINISTRATIVE DETAINEE Muhammad al-Qeq was moved to Emek Medical Center in Afula because of his declining physical condition
(photo credit: Wikimedia Commons)
Advertisement
Dozens gathered outside Emek Medical Center in Afula on Thursday in support of a Palestinian security prisoner who has been on hunger strike for 50 days.The demonstration was organized by the Arab High Monitoring Committee, and was attended by a number of Arab MKs who called on the state to release the prisoner – journalist Muhammad al-Qeq – and to end the practice of administrative detention.MK Yousef Jabareen of the Joint List, speaking at the protest, said, “We are calling for him to be released immediately and we strongly condemn the continued draconian policy of administrative detention which goes against the basic rules of law and justice.”Qeq, 33, works for the Saudi television channel Al-Majd. According to Israeli medical reports he also works for outlets linked to Hamas.Security forces arrested him at his home in Abu Kesh, near Ramallah, on November 21, and he has been kept in administrative detention ever since.Administrative detention refers to arrests in which the detainee is not informed of the charges against him and is not brought before a judge to contest the arrest. These arrests are typically ordered for up to six months, but can be extended indefinitely.Qeq was jailed in Ayalon Prison in Ramle, but on Monday he was moved to Emek Medical Center because of his declining physical condition. The Prisons Service declined to comment on his condition on Thursday, as did the representative of the medical center.The Emek Medical Center representative did say, though, that “the hospital is treating him in keeping with the rulings of the Israel Medical Association’s ethics committee.”The IMA’s ethics committee is opposed to force-feeding hunger strikers and the former chairman of the committee, Dr. Avinoam Reches, has gone as far as to say that it constitutes torture.In July, the Knesset passed a law allowing the force-feeding of hunger- striking prisoners if their lives are in danger. Under the law, the force-feeding must be approved by a judge who is a district court president, and a doctor cannot be forced to apply the treatment. The judge must seek counsel from an ethics committee before issuing his decision.