The relative stated that his family last saw Faqih at a restaurant in Dura the Friday morning of the Otniel drive-by attack. 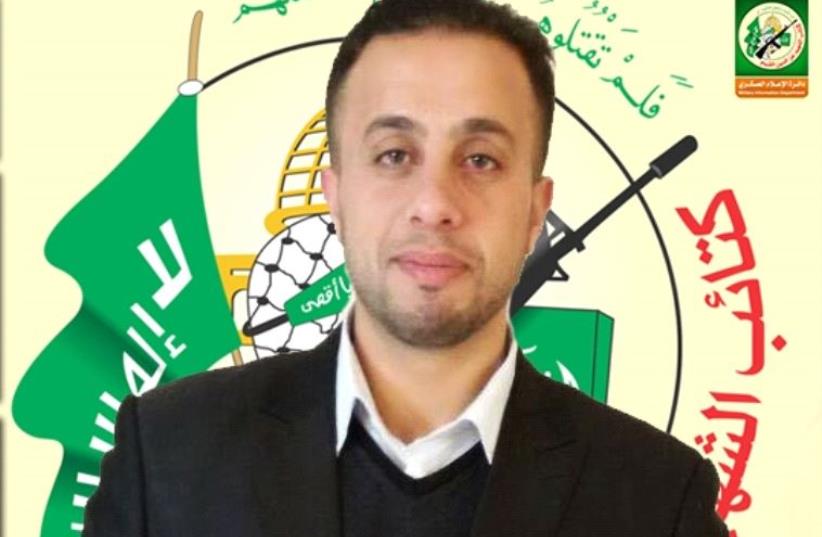 Muhammed al-Faqih‏
(photo credit: PALESTINIAN MEDIA)
Advertisement
A close relative of Muhammad Fakih, the man who shot and killed Rabbi Michael Mark on July 1, told The Jerusalem Post that he never thought that Fakih would carry out an attack. “I never thought he would carry out an operation,” the relative, who agreed to speak on the condition of anonymity, said by phone.The relative said he remembers Fakih in a very positive light. “Muhammad was funny, embracing, polite and ethical. He loved people and life. He had great relations with his family and friends.”The family last saw Fakih at a restaurant in Dura, near Hebron, the Friday morning of the Otniel drive-by attack that killed Otniel Yeshiva director Mark and wounded his wife and two of their children.“On the Friday of the operation, he was with his parents, brothers and sisters at the al-Qasr al-Maliki restaurant,” he said.Fakih belonged to Izzadin Kassam, the “military” wing of Hamas, according to Hamas’s official website. He previously had spent approximately four years in Israeli prison for involvement in terrorist activity with Islamic Jihad while studying at An-Najah University in Nablus.Following his release from prison, Fakih completed his studies at Palestine Polytechnic University in business administration and subsequently accepted a job as a salesman at al-Wataniyya Telecommunications, a Palestinian cellphone company.He also married a young woman from Kalkilya, who is now pregnant.Late Monday night, the IDF, Shin Bet (Israel Security Service) and police raided Tzurif, a village north of Hebron, to arrest Fakih after weeks of searching his hometown, Dura, and surrounding villages.Fakih had been hiding in the home of Muhammad al-Heh, a Tzurif resident.The security personnel called on Fakih to surrender.According to the Hamas-affiliated Palestinian Information Center, Tzurif locals said they heard the IDF yelling through megaphones: “Muhammad Fakih..., surrender.”Shots were fired at the security personnel from Heh’s home; they responded by firing antitank missiles at the home and then bulldozing it, killing Fakih.In 2002, Fakih’s cousin Ahmad Fakih carried out an attack at the Otniel Yeshiva, killing four.