The explosion occurred near village of Burj al-Moulok, located near Lebanese-Israeli border. 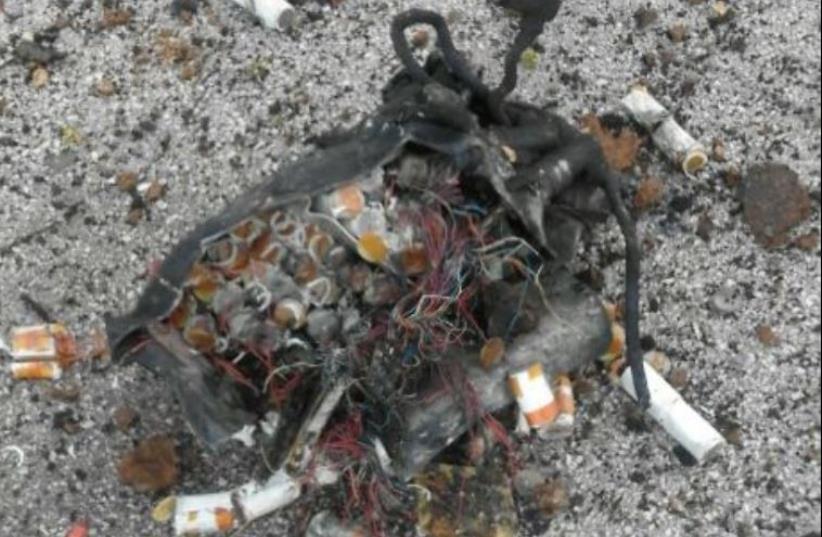 Israel detonates listening device planted road in southern Lebanon
(photo credit: ARAB MEDIA)
Advertisement
An Israeli listening device exploded in the south of Lebanon injuring two people at a construction site, Hezbollah’s Al-Manar TV reported Tuesday.The explosion occurred in the village of Burj al-Moulok in the area of Marjayoun, located near the Lebanese-Israeli border. According to Lebanese media reports, the incident took place at a construction site and was detonated when a bulldozer ran-over the device. Two workers were lightly injured in the event, Al-Manar TV added.Lebanese military forces were dispatched to the area shortly following the event, blocking traffic in the area and opened an investigation into the circumstances of the incident. Lebanese media reports added that army officials first claimed the incident was criminal in nature, but later revised their assessment and said that the Israeli device caused the explosion. Since 2009, Lebanese security forces have arrested hundreds suspected of spying for Israel, including military personnel and officials in communications, according to Lebanon-based Al-Mayadeen television.