The leak of the phone call to Channel 2 comes as Netanyahu has tacked significantly to the right following his decision earlier this week to remove the metal detectors on the Temple Mount. 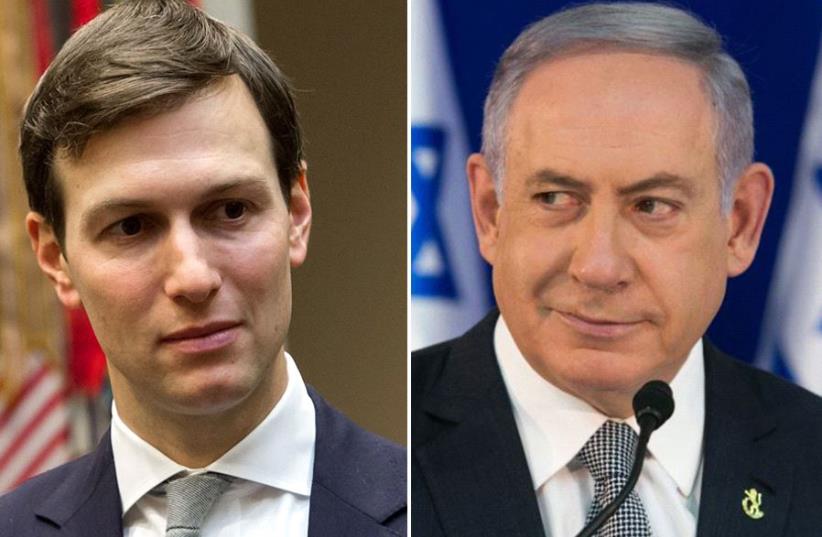 Prime Minister Benjamin Netanyahu discussed with Washington in recent weeks the idea of redrawing the borders in any future agreement with the Palestinians, incorporating the major settlement blocs into Israel, while drawing out the heavily populated Israeli-Arab area of Wadi Ara and making it part of a future Palestinian state, a senior diplomatic official confirmed on Thursday.The discussions, first reported by Channel 2, mean that Netanyahu – in conversations with US President Donald Trump’s advisers Jared Kushner and Jason Greenblatt – has adopted a proposal put forward years ago by Defense Minister Avigdor Liberman. Israeli- Arab politicians have vehemently opposed any plans to redraw the map in such a way that many Israeli Arabs would become citizens of a future Palestinian state.The phone call took place a number of weeks ago, before the current crisis over the Temple Mount. The three terrorists who killed two Border Police officers on July 14 were from Umm el-Fahm in Wadi Ara, and their funeral on Thursday – attended by thousands of people who sang their praises and shot off fireworks – infuriated many across the political spectrum.Wadi Ara, also called Nahal Iron, is located northwest of the Green Line, in the Haifa District.The leak of the phone call comes as Netanyahu has tacked significantly to the Right following his decision earlier this week to remove the metal detectors at the entrances to the Temple Mount, a decision that polls indicated was highly unpopular with the general public, let alone his political base.In the days since that decision Netanyahu has come out in favor of legislation that would annex Gush Etzion and Ma’aleh Adumim to Jerusalem; has not ordered the removal of settlers who moved into a disputed home in Hebron; directed his chief of staff to “immediately” ensure the renewal of work on Amihai, the new settlement to be constructed for the evacuees from Amona; and come out in favor of the death penalty for the terrorist who killed three members of the Solomon family in Halamish last Friday night.A White House official did not deny that such a proposal may have been raised by Netanyahu, but suggested that Kushner and his team would only entertain land swaps in the context of a larger, comprehensive peace agreement with the Palestinians.“This may have been one of many ideas discussed several weeks ago in the context of a peace agreement, and not in the context of a separate annexation,” the official told The Jerusalem Post.Michael Wilner in Washington contributed to this report.
Advertisement
Subscribe for our daily newsletter