‘I saw my life flash before my eyes’

At least one other wounded in incident; IDF says civilian's vehicle was hit by stones and he "fired in the air fearing for his safety." 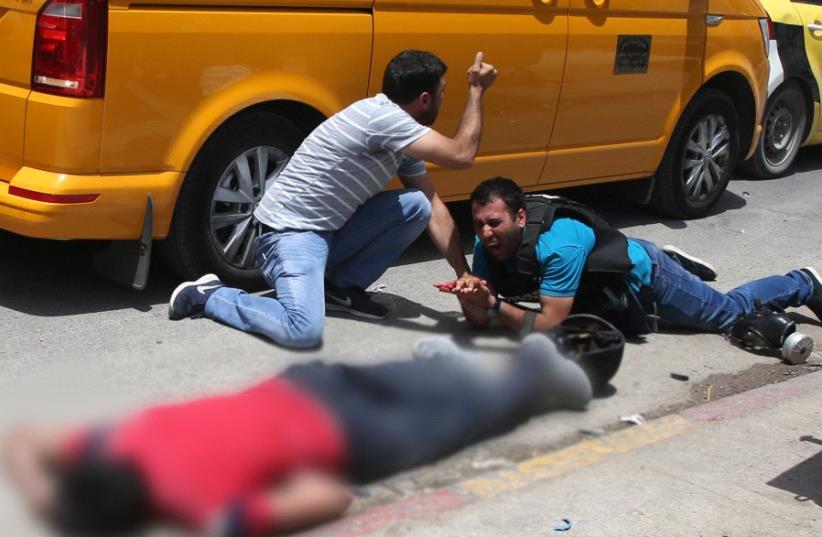 A wounded Palestinian journalist reacts next to the body of a man who according to Palestinian officials was killed by Israeli settlers during clashes near the Hawara military checkpoint in the northern West Bank on May 18, 2017
(photo credit: JAAFAR ASHTIYEH / AFP)
Advertisement

An Israeli driver survived a near-lynch on Thursday in the Palestinian town of Hawara where a crowd ambushed him, blocked his car and started pelting it with rocks. The driver, a resident of the nearby Itamar settlement and father of eight, opened fire, killing one Palestinian and injuring a photojournalist. 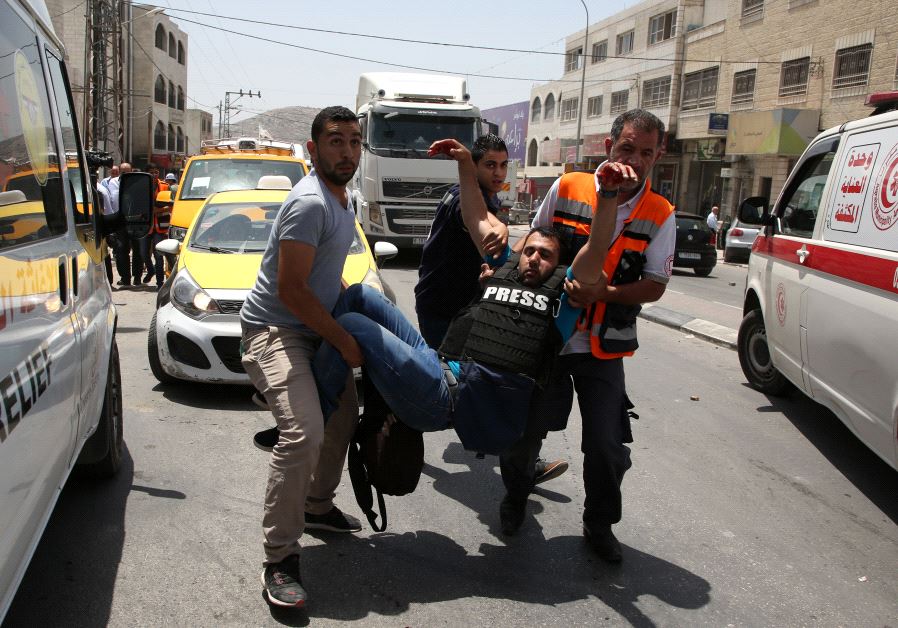 A wounded Palestinian reporter is carried by a medic and civilians on May 18, 2017 near the Hawara military checkpoint. (JAAFAR ASHTIYEH / AFP)

Videos of the incident showed the man’s car being blocked by an ambulance and then assaulted by a mob of about 200 Palestinians who pelted it with rocks. In an act of apparent self-defense, the driver opened fire.

Damage caused to a settler"s car during Hawara protest, May 18 2017 (Samaria Regional Council) 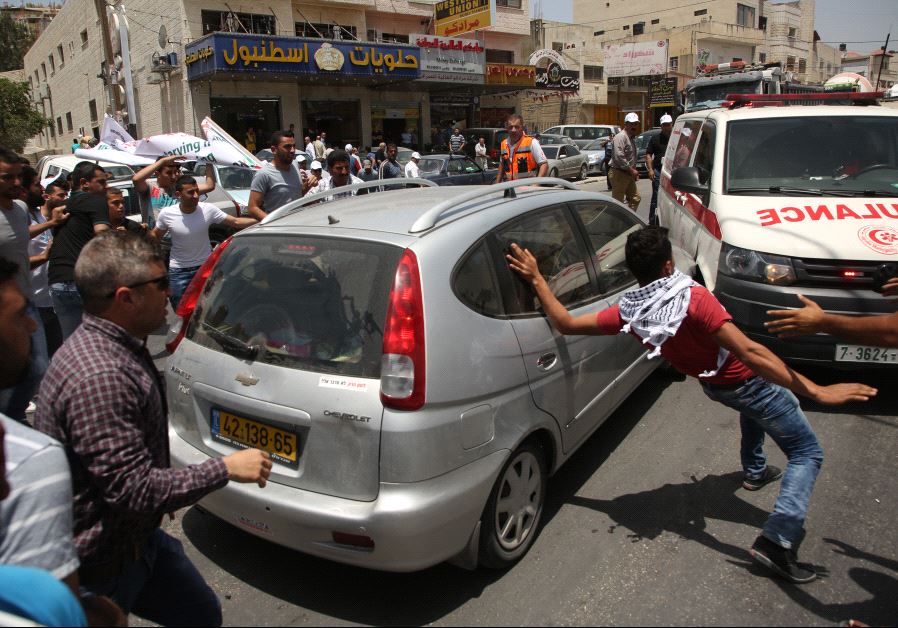 Palestinian protesters surround a car reportedly driven by an Israeli settler as it attempts to cross a crowd of demonstrators near the Hawara military checkpoint in the West Bank on May 18, 2017.

“We are investigating the incident,” an IDF spokesman said. “What we know right now is that the Israeli civilian, whose car was targeted by the Palestinian throwing rocks, said he fired into the air out of fear for his life.”

The Israeli, a father of eight, is a social worker and resident of the nearby settlement of Itamar, a spokeswoman for the Samaria Regional Council said. He was on his way home from grocery shopping when the attack took place.

The driver later told reporters that he saw his life flash before his eyes as his car was under attack.A video released by the Samaria Regional Council shows a gray four-door car being forced to a halt in the middle of the road, next to an ambulance, and being bombarded with rocks, which smashed the driver’s windshield. The driver can be seen inside, drawing a handgun and firing at least three shots toward the sides of the road, although the target is not clear.Yossi Dagan, head of the Samaria Regional Council, said he spoke with the driver, who told him “he pulled his gun out to defend himself, in order to stop them from lynching him. He fired.”

This is the third day in the row of reported stoning attacks from the village. According to the IDF, stoning attacks are apparently up in the West Bank in recent months.The Palestinian Authority Health Ministry identified the dead man as 23-year-old Muataz Bani Shamsah and the wounded man as Majdi Shtayyeh.The ministry added that Shtayyeh, who works as a photojournalist for the Associated Press, was transferred to Rafidiyya Hospital in Nablus.Adam Rasgon and Reuters contributed to this report.
Advertisement
Hot Opinion