One Israeli injured in light condition, attacker shot and in serious condition. 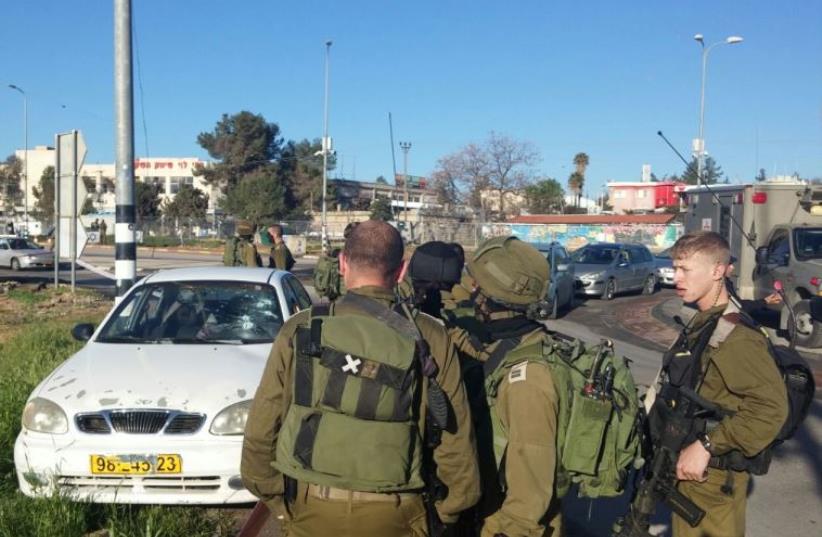 Attempted car ramming un Gush Etzion, February 4.
(photo credit: UNITED HATZALAH‏)
Advertisement
An IDF soldier was lightly injured in an alleged vehicular attack at the Gush Etzion junction on Friday morning.The 20-year-old soldier was part of a three-person patrol at the junction.The trio noticed a Palestinian woman driving her car toward them. She hit one of them. The soldiers immediately fired at the vehicle, killing the driver. Magen David Adom evacuated the injured soldier to the Sha’are Tzedek Medical Center in Jerusalem.When security forces searched the driver’s car they found a knife on the dashboard just behind the steering wheel. 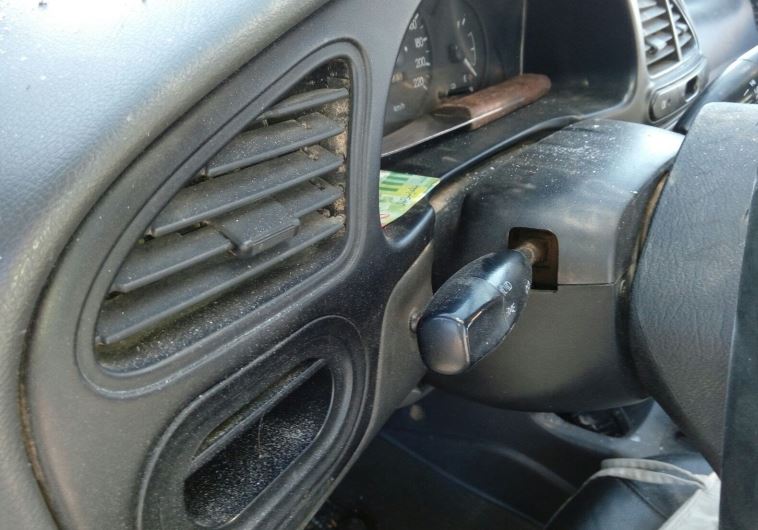