According to the Population, Immigration and Borders Authority, there are currently close to a dozen Israeli citizens who are fighting with ISIS, with growing concerns about their return to Israel. 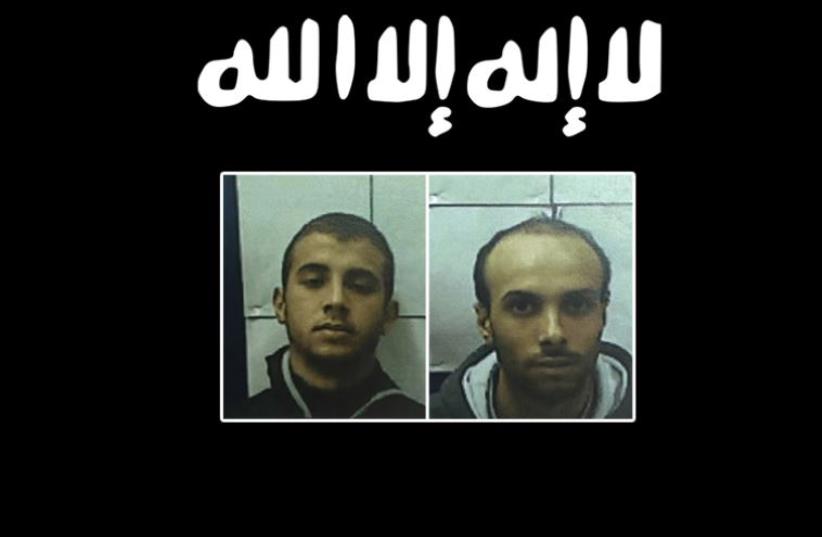 Two suspected ISIS operatives from Nazareth area
(photo credit: SHIN BET,JPOST STAFF)
Advertisement
The Islamic State is already present within the country's Arab communities and support for the group is growing, President Rueven Rivlin said during a national security conference earlier this week. “The Islamic State is already here, that is no longer a secret. I am not speaking about territories bordering the State of Israel, but within the State itself,” he said in a speech at the annual Institute for National Security Studies (INSS) held at Tel Aviv University on Monday. “Research studies, arrests, testimonies, and overt and covert analyses…clearly indicate that there is increasing support for the Islamic State among Israeli Arabs, while some are actually joining ISIS,” he added.According to the Population, Immigration and Borders Authority, there are currently close to a dozen Israeli citizens who are fighting with ISIS, with growing concerns about their return to the country. The Interior Ministry has proposed an amendment to the citizenship law that would allow the revocation of the citizenship of Israelis who have “violated their loyalty to the country,” even if they are not located within Israel, according to a statement by PIBA.As the law currently stands, the Interior Ministry cannot cancel the citizenship of a person who is not within the country’s borders.Rivlin concluded his speech by emphasizing the importance of bolstering the economic integration of the Arab sector within Israel, stating that "The recent resolution by the Government on a system-wide plan for the economic integration of the Arab population is a step in the right direction...it is the correct and essential step, for it is a decision that represents a systemic change of direction."He added that "Its implementation is significant in Israel’s efforts to regain responsibility for its Arab citizens. It is true that there are still large gaps, and the education budget - despite the efforts of the Ministry of Education - has not yet reduced those gaps. But this plan is changing the situation."In response to the comments, MK Ahmad Tibi (Joint List) was quoted as saying that Arab-Israeli defectors to the Islamic State were "marginal" with "tens of activists only."In recent years Israel has seen a series of cases of Arab citizens who have traveled to Syria and Iraq to join Islamic State, as well as a significant number who have made their way to eastern Turkey in an attempt to join the group.Officials from the Israel Police have expressed concern about the possibility that more Arab citizens of Israel will be drawn to the ideology of ISIS and other jihadi groups, and be inspired to carry out attacks inside Israel and beyond. Ben Hartman contributed to this article.