It was not initially clear if a projectile had landed short of Israeli territory within the Palestinian enclave. 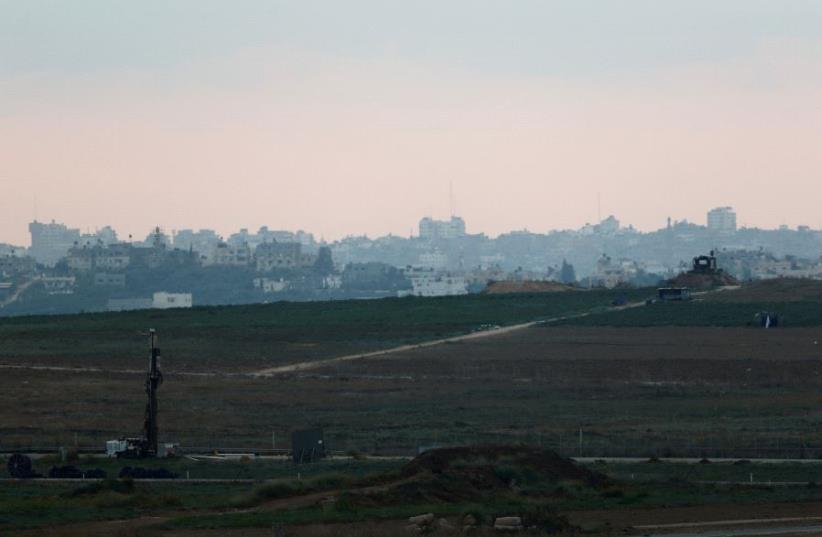 A general view shows the Israeli border with the Gaza Strip, as seen from the Israeli side
(photo credit: REUTERS)
Advertisement
Rocket alert sirens were activated as a false alarm on Sunday morning in southern Israeli communities near the Gaza Strip, the IDF reported. It was not initially clear if a projectile had landed short of Israeli territory within the Palestinian enclave after the "red alert" sirens sounded in the Eshkol Regional Council.Local residents in the area reported hearing blasts. Sunday's incident came after a rocket fired from Gaza landed near the city of Ashkelon on Saturday morning. There were no reports of damage or injuries from the rocket strike. In retaliation for the rocket attack,  Israeli fighter jets and tanks struck two Hamas positions in the northern Gaza Strip, the army said.A second rocket was also reported to have been fired from the town of Beit Lahiya but fell short and struck inside the Hamas-run enclave.Saturday morning’s rocket came just two days after another rocket fired from the Gaza Strip struck an open field in the Sdot Negev Regional Council. Israeli jets carried out retaliatory strikes against two Hamas targets.The last two months has seen gunfire targeting IDF troops along the border as well as seven rockets launched at Israel from Gaza as well as several from the Sinai Peninsula fired by Islamic State terrorists.Most of the rockets have been claimed by small jihadist groups, many times as a means for pressuring Hamas by raising tensions between the terror organization and Israel. Hamas has cracked down on these small groups, recently carrying out a wave of arrests among Salafi, jihadist, pro-Islamic State organizations.Nevertheless Israel holds Hamas responsible for all fire coming from the Strip.Anna Ahronheim contributed to this report.