The 'Post' has learned that Saudi Arabia blocked access to the website Arab48 after it published articles that said the Saudis intended to normalize relations with the Jewish state. 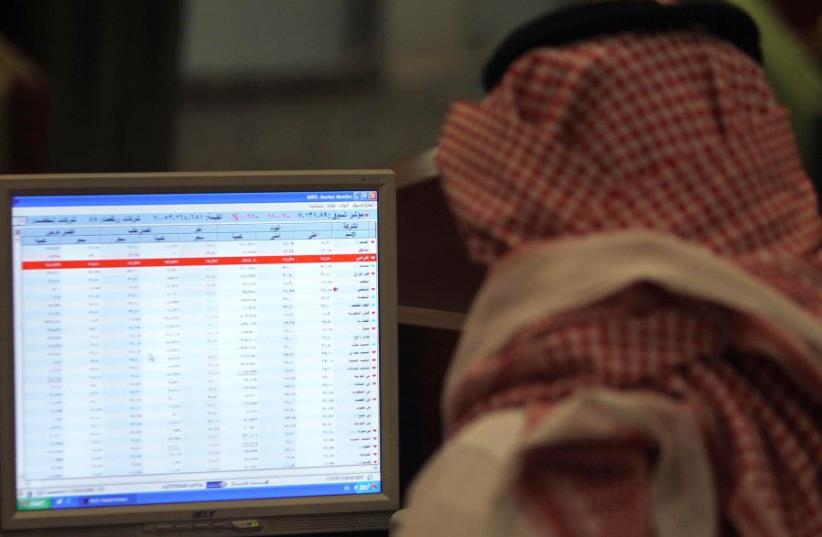 A Saudi man sits at a computer [File]
(photo credit: REUTERS)
Advertisement
Saudi Arabia has blocked access to a popular Israeli Arab website after it posted articles about alleged Saudi plans to normalize relations with Israel, and cited reports from the Hebrew press that Israeli officials are pleased with King Salman’s designation of his son Muhammad bin Salman as crown prince.The Arab48 website, whose coverage is sympathetic to the hard-line anti-Zionist Balad party (part of the United List) and sharply critical of Israeli policies, was blocked in Saudi Arabia beginning on Thursday, according to its editor in chief Rami Mansour. That was four days after it published an article headlined: “Israel is betting on Saudi Arabia for normalization with the Arab world.”“It seems we have been blocked because of articles about the relations between Saudi Arabia and Israel and about Muhammad bin Salman,” Mansour said. “The Saudis are simply isolating their citizens from the outside world.”He said it was the first time anyone had blocked the site since it was established in 1999.The Saudi Embassy in Amman did not respond to a written query from The Jerusalem Post about why the site has been blocked or to a request for a comment on Mansour’s criticism.The blockage of this and other sites illustrate the intolerant nature of the Saudi regime, which, for example, in January 2015 administered 50 lashes outside a Jeddah mosque to Raif Badawi, co-founder of the Saudi Arabia Liberals website, who is in prison for setting up a website that the authorities said “undermined general security” and for “ridiculing Islamic religious figures.” He has been sentenced to 10 years in jail and a thousand public lashes.The blockage of Arab48 comes as Riyadh, joined by Egypt, the United Arab Emirates and Bahrain, has issued an ultimatum to Qatar to close down the popular Al Jazeera satellite news station on the grounds that it aims to destabilize governments and supports radical and terrorist groups.Supporters of the station say it is being targeted because of the independence of its coverage.
Trump: Saudi Arabia has a “very positive” feeling toward Israel (credit: REUTERS)
Blocking websites is common in Saudi Arabia, according to Freedom House, an American watchdog group that rated the kingdom as “not free” in its 2016 report on freedom on the Internet. “Saudi Internet freedom improved slightly in 2015- 16 due to greater Internet access although the environment remains marked by pervasive censorship and severe punishments for online activism in support of human rights. The country’s highly centralized Internet infrastructure facilitates state censorship,” the report said.It added: “Officially, sites that are judged to contain ‘harmful,’ ‘Illegal,’ ‘anti-Islamic’ or ‘offensive’ material are routinely blocked.... Criticism of the royal family or that of other Gulf Arab states is not tolerated and neither are sites that organize political opposition or question the ruling family’s strict interpretation of Islam.”The July 2 Arab48 article described a recent Yediot Aharonot article by Smadar Perry that focused on Anwar Eshki, a Saudi former major-general who heads the Saudi-based Center for Middle East Strategic Studies and led a delegation of academics and businessmen on an unprecedented visit to Israel last July. “Perry finds in him a model and a trial balloon that the Saudis released to normalize relations with Israel and define their future strategies concerning diplomatic relations with Tel Aviv,” the article said.“Perry sees in the major-general that he is a character of experience and he doesn’t have any aspiration to freeze or obstruct any attempts to create a dialogue with Israel. She is sure that Saudi Arabia, which is a closed country, would not allow him to have his positions without a green light from other circles in Riyadh.”The article said that Perry had suggested that Salman’s appointing his son Muhammad last month as crown prince in place of Muhammed bin Nayef was among several developments linked to normalization with Israel, provided Israel agrees to make progress on the Palestinian issue. It added that Perry had written that Saudi Arabia is willing to make compromises on its 2002 peace initiative so that negotiations with Israel “will not explode.”Other recent articles about Saudi-Israel relations posted by Arab48 include one from June 21 that quoted Haaretz Arab affairs analyst Zvi Barel and was headlined, “The new crown prince in Saudi Arabia is good news for Israel and America.”A piece posted the following day quoted a Yediot article as citing intelligence sources who said Muhammad bin Salman had met with Israeli officials in the past. The same day Arab48 posted another article headlined: “New York Times: Bin Salman believes in the necessity of normalization with Israel.”