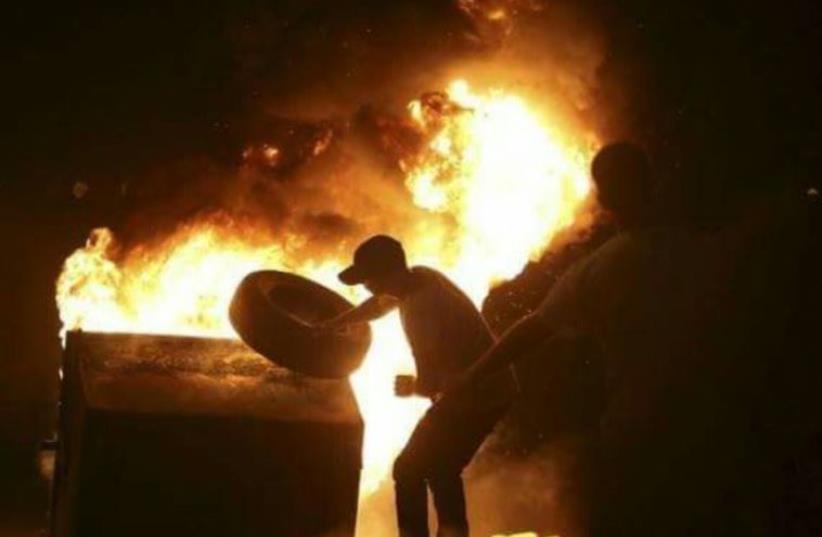 Pro-Palestinian demonstrators light garbage bin on fire during protests in Jaffa, October 6, 2015
(photo credit: Courtesy)
Advertisement
The Shin Bet (Israel Security Agency) and the Israel Police said Sunday that a young man in Jaffa had been arrested on suspicion of perpetrating a firebomb attack against police this month.Officials said the suspect, 18-year-old Mahmoud Galush, an Arab-Israeli of Jaffa, admitted to taking part in the October 8 incident.Two minors are also in custody as suspects in the incident.The suspects allegedly assembled firebombs and hurled them at a police patrol car parked on Yefet Street as police officers stood nearby. There were no injuries.Investigators found the assailants’ motive was in “identification with the Palestinian struggle surrounding Al-Aksa Mosque,” the Shin Bet said.“The incident joins a long list of terrorist incidents occurring in the shadow of general security tensions,” the agency said.It warned that these tensions had the potential to “harm the fabric of life that exists between Jews and Arabs in the cities.”Tel Aviv District prosecutors were expected to bring charges against the suspects in the coming days.