Investigation revealed 'many new details' on Hamas's use of fishing vessels to hide its activities, Shin Bet said. 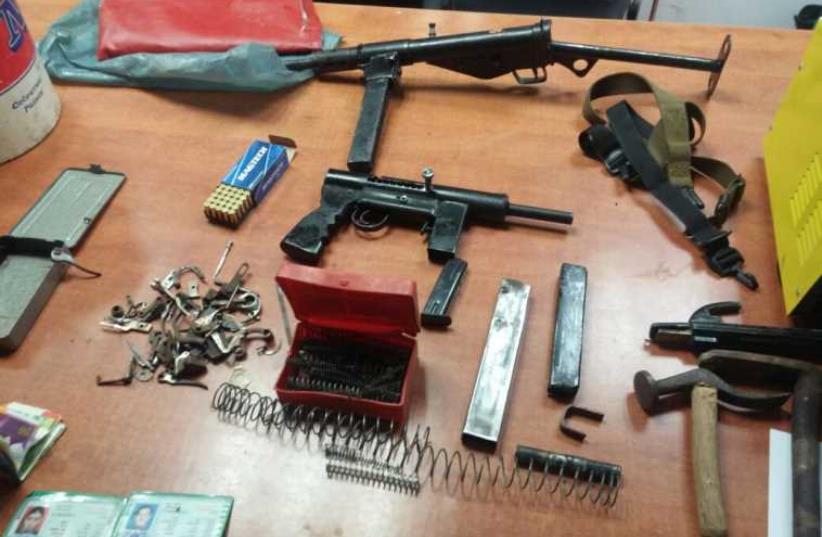 Weapon seized in Hebron
(photo credit: ISRAEL POLICE)
Advertisement
Security forces have arrested a suspected Gazan weapons smuggler who disguised himself as a fisherman, the Shin Bet announced on Monday.In a joint navy, Shin Bet and Israel Police operation, security forces arrested 39-year-old Salim Hassan Na’aman, from the Shati Refugee Camp in Gaza. A naval unit took him into custody after he violated the sea zone allocated by the Israel Navy for Palestinian fishing boats.During subsequent Shin Bet questioning, “It emerged that for a lengthy period, he was involved in sea-based smuggling of weapons and other items for Hamas and other terrorist elements in the Gaza Strip,” the Shin Bet said.The suspect allegedly smuggled ammunition and liquid fiberglass used to manufacture rockets.Details on Hamas’s operational plans in the Mediterranean Sea also arose during the investigation, the domestic intelligence agency said, including its use of fishing boats to disguise its activities.The Shin Bet said it learned many new details about daily Hamas sea-smuggling routes between Gaza and Egypt, and the use of fishing vessels to that end.The investigation revealed ways that Hamas invests resources to promote its terrorist activities, and exploits Israel’s easing of conditions for Gazan fishermen, the Shin Bet added.