One of the Hamas cell members hid the firearm in his store in Nablus. 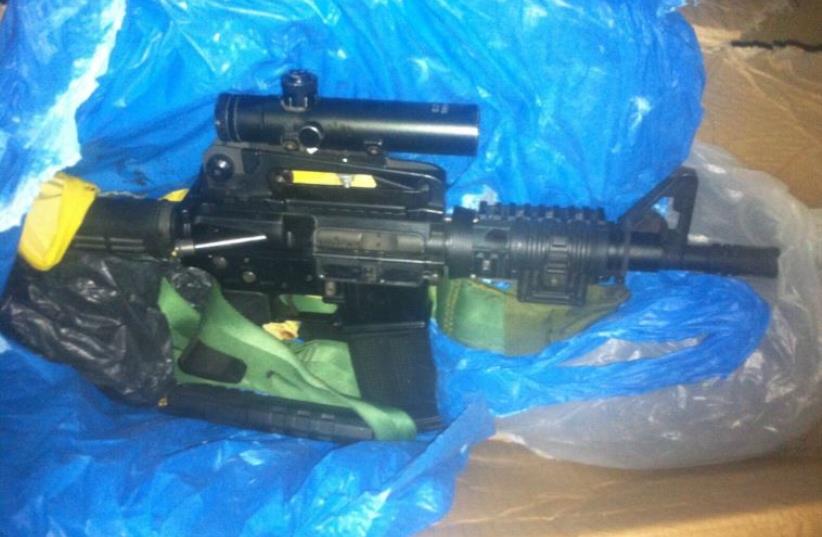 M-16 rifle used by terrorists in murder of Eitam and Naama Henkin.
(photo credit: SHIN BET)
Advertisement
Security forces seized an M-16 assault rifle allegedly used by members of a Hamas cell to murder Eitam and Naama Henkin on October 1, the Shin Bet domestic intelligence agency said on Tuesday.During the course of the investigation, the Shin Bet learned that one of the cell members hid the firearm in his store in Nablus.In a joint IDF-Shin Bet operation, security forces recovered the gun overnight between Monday and Tuesday.On Monday, the Shin Bet announced that a Hamas terrorist cell from Nablus was behind the deadly shooting.After striking the Henkins' vehicle, injuring both parents, members of the shooting cell approached it and fired on the couple again, from very close range, as the terrified four children sat in the backseat, the investigation revealed.Five members of the cell were arrested in a joint security operation by the Shin Bet, IDF, and Israel Police within 24 hours of the deadly shooting, the agency added.During the attack, one of the cell members was accidentally shot by a friend, causing the terrorists to flee, and enabling the four children huddling in the backseat to survive the shooting.The IDF has deployed four additional battalions to the West Bank in recent days to improve the security situation.