Senior Egyptian archaeologist: Israeli claim that Pharaoh was Egyptian is a lie

According to Director General of Luxor's Antiquities, Mustafa Waziri, king Pharaoh belonged to the foreign Hyksos dynasty that invaded Egypt in the 15th century BCE and ruled northern Egypt. 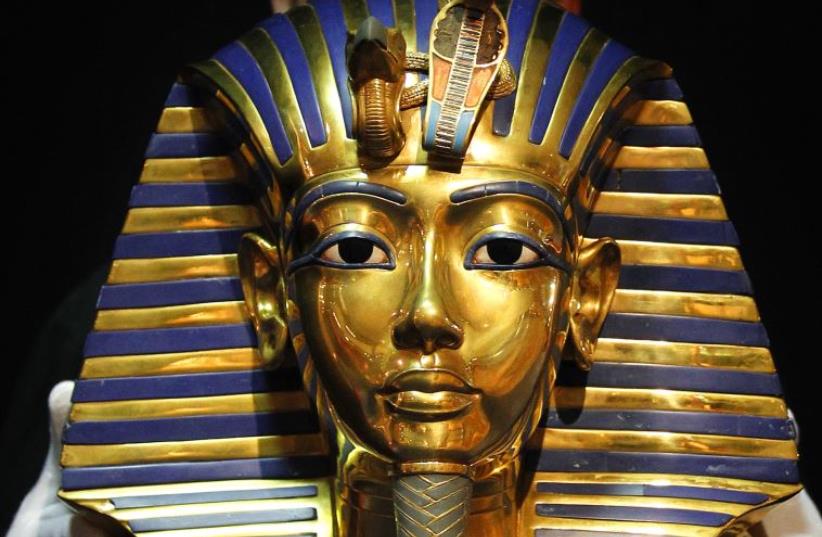 A worker shows to media a replica of a golden death mask of Pharaoh Tutankhamun
(photo credit: REUTERS)
Advertisement
In an unprecedented declaration that challenges the story told in the Passover Haggadah, a senior Egyptian archaeologist said that ancient king Pharaoh was not Egyptian, as claimed in the ancient Jewish text.In an interview with the Egyptian daily newspaper al-Youm al-Sabih, the director-general of Luxor's Antiquities, Mustafa Waziri, surprisingly argued that king Pharaoh belonged to the foreign Hyksos dynasty that invaded Egypt in the 15th century BCE and ruled northern Egypt."King Pharaoh who ruled Egypt during the epoch of our prophet Moses was not one of the kings who reigned in ancient Egypt as we tend to believe. He belonged to the Beduin Jabarin dynasty, which is called Hyksos," Waziri said."This foreign dynasty ruled only in a part of Egypt. One of its last kings was a dictator named Pharaoh, to whom Moses was sent by Allah to demand that he allow the sons of Israel to leave Egypt," Waziri explained.The Egyptian archaeologist added: "the prevailing thesis according to which the kings of ancient Egypt were named Pharaohs is a false thesis promoted by the Jews to stick false accusations on ancient Egyptians.""Due to his oppressive rule, the Jews have succeeded in transforming his name to a formal title of all Egyptians kings, which enables them to damage us by saying that we have raped women and slaughtered children. However, the Pharaoh title was never used to describe Egyptians, but was always attached to boorish people," Waziri said. To prove his thesis, Waziri presented his conclusions from a study he conducted about the subject. He said that reviewing the Koran, he has not seen that the word "Pharaoh" is used to describe Egypt or Egyptians. According to Waziri, the Koranic evidence that "Pharaoh" is a private name and not a royal title, as Israel alleges, is the phrase "Oh, Pharaoh", that refers to Pharaoh as a private individual.