“They look at us as part of the United States, as the 51st state.”

HEZBOLLAH MEMBERS wave Hezbollah and Lebanese flags during a 2015 rally in southern Lebanon marking the anniversary of the end of the terrorist organization’s 2006 war with Israel.
(photo credit: AZIZ TAHER/REUTERS)
Advertisement
Jerusalem must prepare for the possibility that Iran will deploy Hezbollah against Israel in case there is a US-Iran military confrontation, Construction Minister Yoav Gallant said on Tuesday.Gallant, a member of Prime Minister Benjamin Netanyahu’s security cabinet and a former OC Southern Command, said he believed US President Donald Trump would “behave differently” than his predecessors if the Iranians acted – as they have in the past – against US interests.“If there is some friction, some collision course, we have to be ready because the way the Iranians might react against the United States is to activate Hezbollah against Israel,” he said at a briefing organized by the Israel Project.Gallant, who will be speaking April 29 at the Jerusalem Post Conference in New York, recommended to those who might doubt this scenario to remember that when the US attacked Iraq during the 1991 Gulf War, Iraq responded by firing 40 Scud missiles at Israel.“They look at us as part of the United States, as the 51st state,” he said, adding that Israel has to be ready to deter its enemies who may try to strike at the US by hitting Israel. 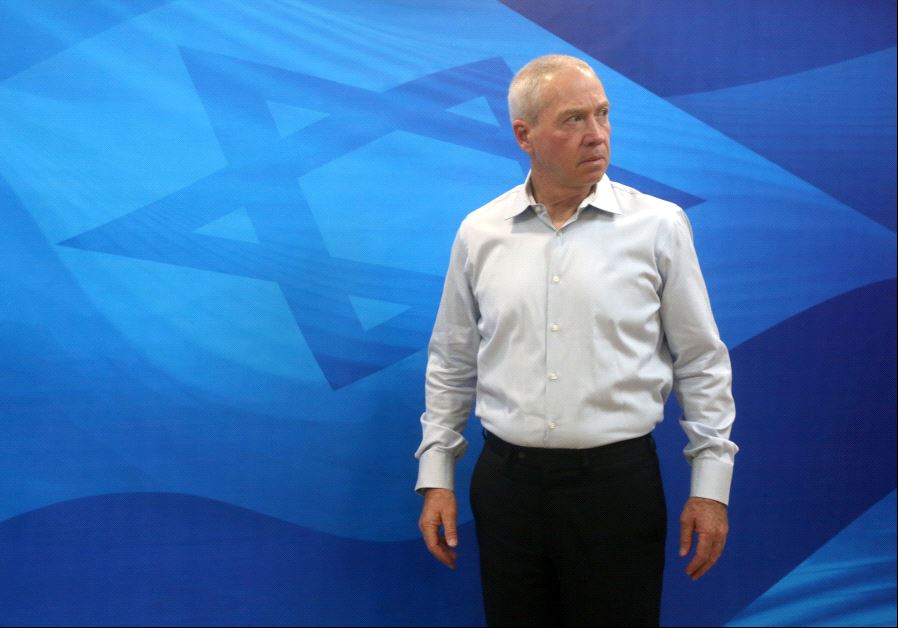 Yoav Gallant (Marc Israel Sellem/The Jerusalem Post)Gallant’s comments came amid some speculation that a US-Iranian military confrontation could be triggered by a US withdrawal in May from the Iranian nuclear agreement, or by heightened tension between the Saudis and Iranians in the Persian Gulf as witnessed this week when Tehran-backed Houthis in Yemen fired missiles at Riyadh.Gallant said he believes the US and the world should “nix this agreement” and impose sanctions on Iran that would force them to alter their current direction.This current direction has Iran aiming to create a Shia arc from the Persian Gulf, through Iran, Iraq, Syria and Lebanon to the Mediterranean Sea, he said.
An Israel-Hezbollah war could draw in Iran, U.S. intelligence warns, March 14, 2018
“All of a sudden we can find ourselves in a situation where Israel and Jordan are surrounded by Iranian supporters – Shia militias, Hezbollah and others – and this will be only the first phase of Iran’s general idea,” he said.In the second phase, Gallant predicts that Iran will try to ignite a war of attrition against Israel through the creation of an active front on the Golan Heights in addition to the one that already exists on the Lebanese border.“I am sure that in their dreams they are thinking about how to go to the next phase, how to create the collapse of Jordan, and create another 400-km. front with Israel, something that will put a new dimension on the whole situation,” he said.Gallant repeated what Israel has been saying for months, that Israel has redlines and will not allow the Iranians to establish a launching pad against it in Syria.Turning south to Gaza, Gallant said that Israel has redlines there as well and that with Gazans expected to march en masse to the border fence on Friday’s Land Day, Israel “cannot allow these people to cross the border” and pose a threat to the Israeli border communities.Gallant said this march is a Hamas tactic to “use in a very brutal way the civilian population” against Israel. He said this tactic comes as Hamas’s military options against Israel by land, sea, air and underground have effectively been blocked.If, on Friday, masses of people “behave peacefully” on the Gaza side of the fence, “this is their own business,” he said.“But if we see that their motivation is to cross the border, we will not act only at the last second when thousands of people are destroying the fence,” he said. “We will use whatever is necessary to prevent them from doing that.”Gallant said while Hamas is trying to use a “sophisticated provocation” against Israel, Jerusalem also has developed a degree of sophistication to counter it, though he did not provide details of measures Israel would use.“We understand that these people are not coming with good intentions,” he said of the planned march on Friday. “We are willing to help the Palestinians in the Gaza Strip, but we are not willing to allow them to cross the border to sabotage the kibbutzim and moshavim around the border.”