While the rest of the country saw a decrease in the starting of new housing settlements saw an increase. 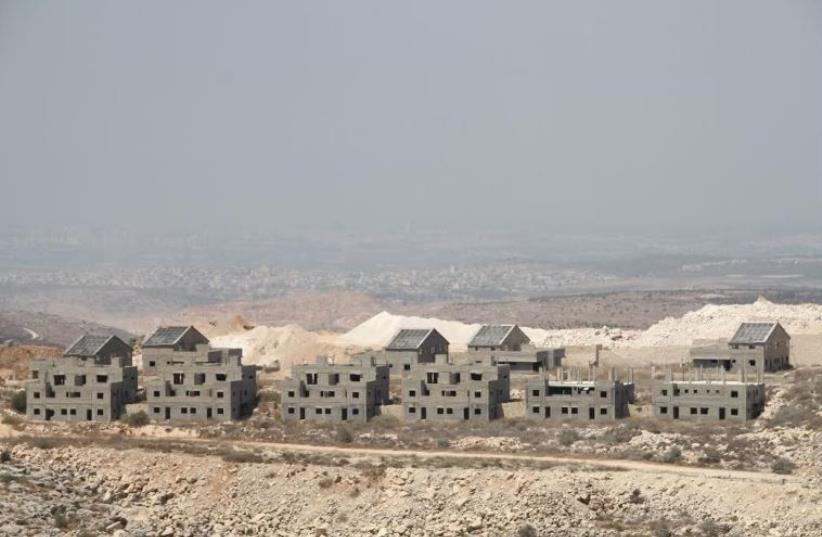 Construction in a Leshem, a new neighborhood of the Alei Zahav settlement
(photo credit: TOVAH LAZAROFF)
Advertisement
The number of settler housing starts increased by 17% in the first half of 2016, while the number of finishes dropped by 7%, according to data the Central Bureau of Statistics published on Wednesday.That trend was counter to construction in the rest of the country, which saw a 7% drop in housing starts and an 11.5% drop in finishes.Yigal Dilmoni, the deputy head of the Council of Jewish Communities in Judea and Samaria, said in real numbers less construction occurred in his region of the country than anywhere else.And even then, he said, it happens only in a few of the more than 120 settlements.That is because only a small number of plans are approved or advanced for new homes, Dilmoni said. This has effectively caused a freeze in construction throughout most of Judea and Samaria, he said.“We’re calling on the government to end this freeze,” Dilmoni said.When put into real numbers, this means ground was broken for 1,195 homes in West Bank settlements in the first six months of this year, compared with 1,024 units that were started last year.The rise was due to a 112% jump in construction in the second quarter of this year, when work began on 812 homes, compared with 383 units in the first quarter.Separately, work was completed on 949 homes in Judea and Samaria in the first half of 2016, compared with the 1,020 units that were finished in the same time period in 2015.Those numbers were due to a 44% drop in construction in the second quarter, when 611 settler homes were completed, compared with 338 units that were finished in the first quarter.Peace Now said in response: “Netanyahu is the prime minister of one sector only: the settler sector, which comprises less than 5% of the Israeli population.“His investments in the settlements do not only come at the expense of the Negev, the Galilee and the rest of Israel, but they also lead toward a one-state reality,” Peace Now said.