The ground that was broken on 2,630 new settler homes last year, is the second highest amount of new Jewish construction that has occurred in the West Bank since the year 2,000. 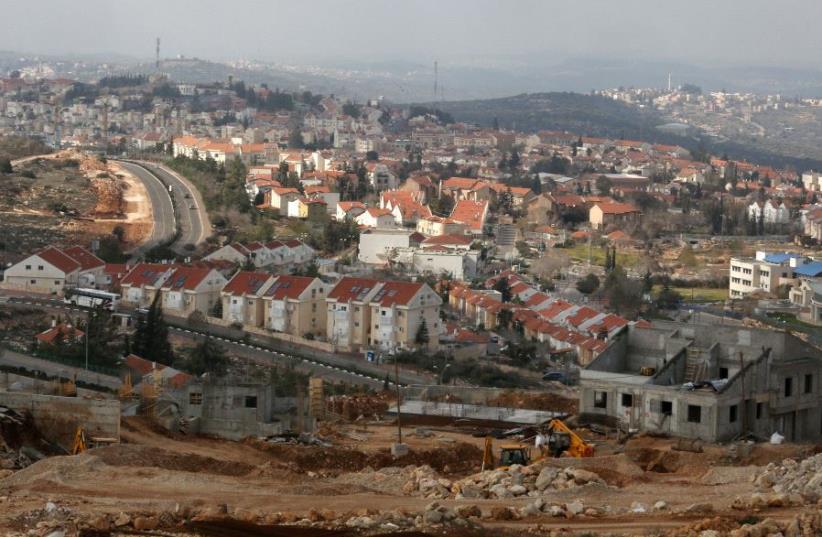 General view of Ariel
(photo credit: MARC ISRAEL SELLEM)
Advertisement
The number of housing starts in West Bank settlements rose by 40% from 2015 to 2016, according to data released by the Central Bureau of Statistics on Wednesday.The ground that was broken on 2,630 new settler homes last year, is the second highest amount of new Jewish construction that has occurred in the West Bank since the year 2,000 when there were 4,965 starts.The largest spate of new settlement activity since that time was in 2013 during the US lead peace process, when there were 2,874 housing starts. 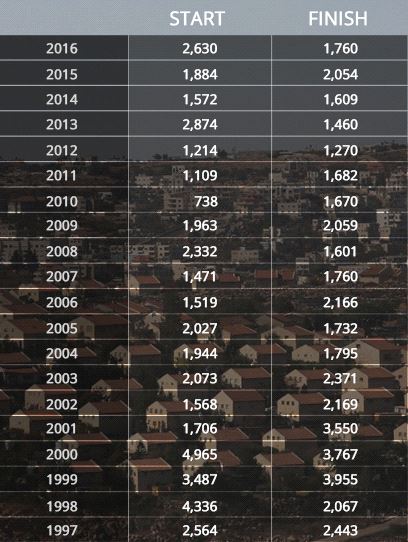 The 2013 numbers were high because under the peace process new construction permits were linked to the Israeli release of Palestinian prisoners.
Knesset passes settlement bill on February 6, 2017 (credit: REUTERS)
The 2016 settler building boom occurred in the last year of the Obama Administration. It attacked such activity with increasingly harsh rhetoric and in December gave its de-facto support for UN Security Council Resolution 2334 that condemned it.US President Donald Trump has asked Israel to constrain such activity. Netanyahu’s chief of staff, Yoav Horowitz, is in Washington to come to a mutual understanding with the Trump Administration with regard to settlement activity.Settler housing starts amounted to only 5% of the overall work that was begun on 52,400 homes nationwide in 2016. That number represented a 7% drop when compared to the 52,800 starts in 2015. No other region came close to showing the same rate of growth.When it came to housing finishes in 2016, the numbers rose nation wide by 4 percent over 2015, but dropped in Judea and Samaria by 14 percent. The 1,760 settler homes that were completed in 2016 represented only 3.8% of the overall 45,400 finished units nation wide.