Settlers blocked from moving to building opposite Cave of the Patriarchs

Jewish families from Hebron had purchased half of the structure, which they called Beit Hamachpela, and moved into it at the end of March 2012. 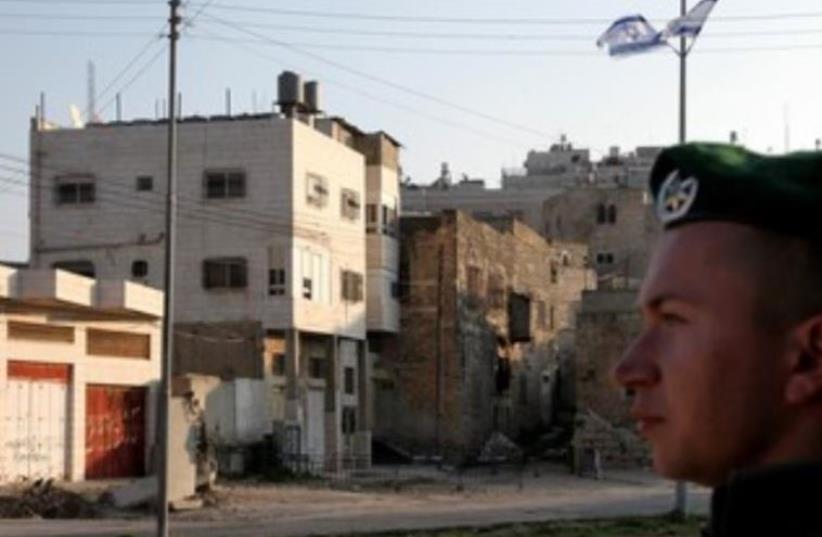 IDF soldier stands guard next to Beit Hamachpela in Hebron.
(photo credit: MARC ISRAEL SELLEM)
Advertisement
An effort by settlers in Hebron to move into a three-story stone building opposite the Cave of the Patriarchs received a setback earlier this week.On Tuesday, the Civil Administration’s Registration Committee refused to transfer the property from Palestinian hands to a company called Alaaidon, which is operating on behalf of the Jewish community of Hebron.Its refusal returned to the limelight an issue that has been dormant since 2013, when Defense Minister Moshe Ya’alon authorized the building’s purchase from its Palestinian owners.Jewish families from Hebron had purchased half of the structure, which they called Beit Hamachpela, and moved into it at the end of March 2012.The IDF forcibly evicted them on April 4, a week later, because their purchase documents had not been authenticated and they lacked a purchase permit.In July of 2013, a military appeals court validated their purchase of the structure, which abuts a Palestinian school and borders a section of the city under Palestinian Authority control.Their desire to move families into the building received wide support from right-wing politicians, including Prime Minister Benjamin Netanyahu.But the bureaucratic process ground to a halt this week, when the Registration Committee said the documents Alaaidon presented were problematic and created questions about whether the Palestinians who sold the property had a right to do so.Among other issues, the company gave the Registration Committee a copy of the power of attorney because it lacked the original document.The committee said the issue of Palestinian ownership was complicated, because it involved many property heirs, not all of whom were signed onto the sales document.Peace Now said in response, “This is yet another example of the method settlers use in order take over Palestinian properties: first they create facts on the ground by taking over land or houses; then they claim to have bought them and open long and exhausting legal procedures; and finally they launch political campaigns to put pressure on the government to side with them.”The Jewish community of Hebron could not be reached for comment.