The two underage suspects, residents of east Jerusalem, were taken into custody along with a third minor who helped plan the attack on the eve of Memorial Day. 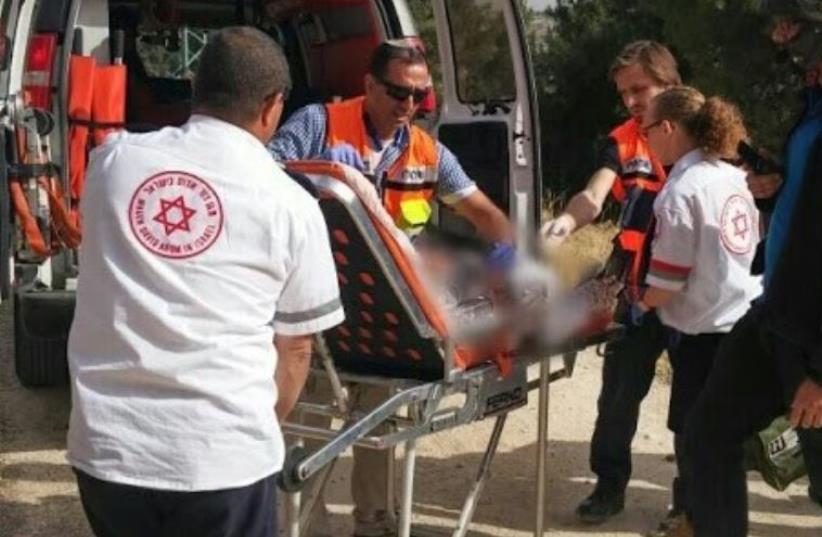 MDA paramedics treat victim at scene of suspected terror stabbing in Jerusalem's Armon Hanatziv
(photo credit: MDA)
Advertisement
The Shin Bet (Israel Security Agency) announced on Monday that two minors were arrested in a joint operation with police for the stabbing attack on two elderly women on the Haas Promenade in Armon Hanatziv/East Talpiot on the eve of Israel's Memorial Day in May.
The attack, which took place adjacent to the Peace Forest, occurred at approximately 8:30 a.m. when five women, all in their 80s, were walking together on the popular promenade.
The terrorists stabbed two women, ages 86 and 82, in the upper body and fled the scene. Police and emergency units rushed to the scene and gave immediate medical assistance before transferring both women to Shaare Zedek Medical Center in moderate condition.
The two underage suspects, residents of east Jerusalem, were taken into custody along with a third minor who helped plan the attack.
Daniel K. Eisenbud contributed to this report.