Speaking at the Japanese Parliament Monday, Sisi claimed that Egypt remains committed to its peace treaty with Israel. 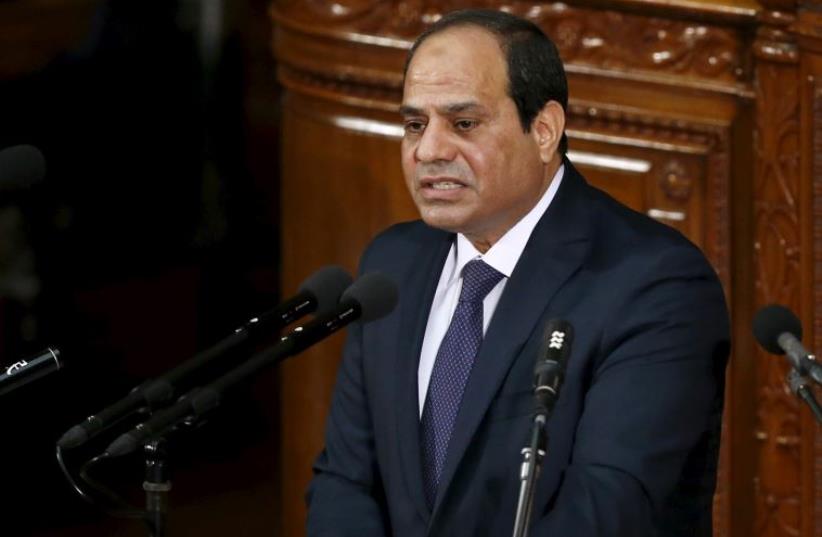 Egypt's President Abdel Fattah al-Sisi (on podium) delivers a speech at the Lower House of parliament in Tokyo, Japan, February 29, 2016
(photo credit: REUTERS)
Advertisement
Egyptian President Abdel Fattah al-Sisi said Monday that Egypt is committed to maintaining its peace treaty with Israel and promoting an end to the Israeli-Palestinian conflict, which he claimed "feeds international terror organizations."Speaking at the Japanese Parliament Monday, the Egyptian president claimed that "Egypt was the pioneer of the peace process in the Middle East and it remains committed to its peace treaty with Israel notwithstanding the difficulties it has experienced in the past few years." "Egypt will continue its efforts to revive the Israeli-Palestinian peace talks in order to achieve a permanent and just solution to the Palestinian issue", Sisi further said. 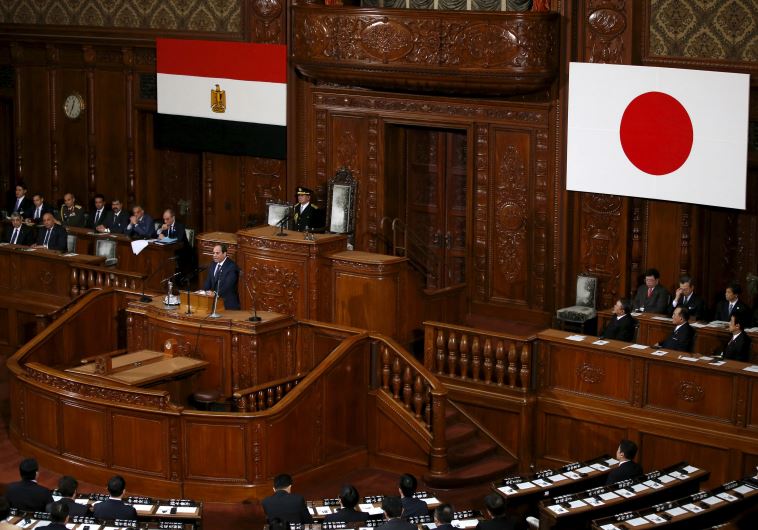 Photo by: Reuters"It is no secret that terror organizations use the Palestinian issue and the suffering of the Palestinian people as an excuse for their atrocious operations and in the propaganda they spread to recruit new members."Notwithstanding Sisi's public commitment to maintain the peace treaty with Israel, Egyptian opponents to normalization with Israel continue their campaign against MP Tawfik Okasha, who hosted Israeli ambassador to Cairo, Haim Koren, at his house Saturday.On Sunday, MP Kamel Ahmed threw a shoe at Okasha during an urgent parliamentary session convened to investigate Okasha's meeting with Koren. The parliament decided to temporarily suspend Okasha by banning his participation in 10 parliamentary sessions.Egyptian newspaper al-Youm al-Sabi' joined the anti-Okasha wave on Monday, launching a computer game titled "hit Israel's MP with a shoe." In the game, Okasha is seen standing with Israel's flag on his back and the user is asked to hit his face using the mouse.