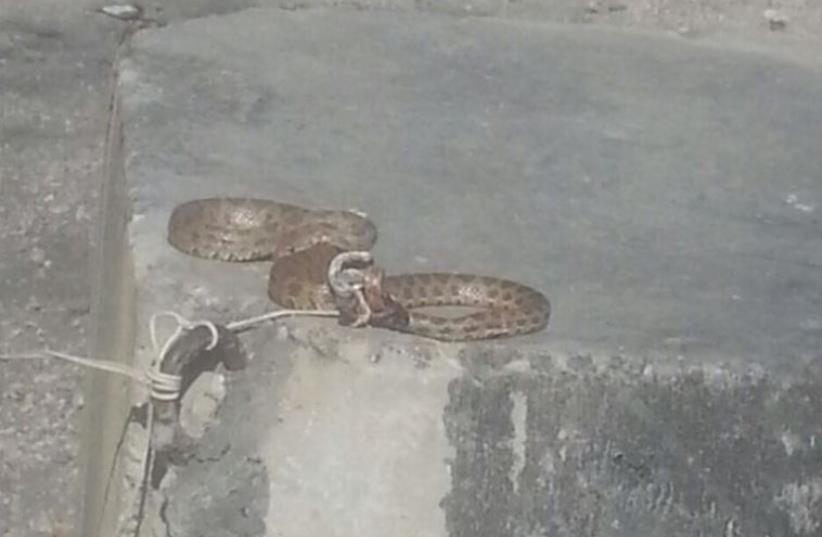 A viper bound to an IDF security barrier
(photo credit: POLICE SPOKESPERSON'S UNIT)
Advertisement
Security forces tending to violent disturbances near the West Bank village of Silwad on Friday night were met not only by rioters, but a venomous snake.Border Police and IDF forces discovered a viper while trying to take shelter at the scene where Palestinians rioters were throwing Molotov cocktails and stones.The riot control forces were attempting to take cover behind a concrete barrier constructed for such a purpose, when they discovered the serpent bound over their heads to the slab in an apparent attempt to cause harm to the Israeli forces.Police Superintendent Aharon Moyal noted that "we have witnessed various attempts to harm [Israeli] forces, but even in this case their vigilance prevented such an incident." No injuries or arrests were reported.