Stabbing attack by female Palestinian thwarted at Cave of the Patriarchs

Israeli security forces find two knives in the possession of the suspect, who planned to carry out an attack at the holy site in Hebron. 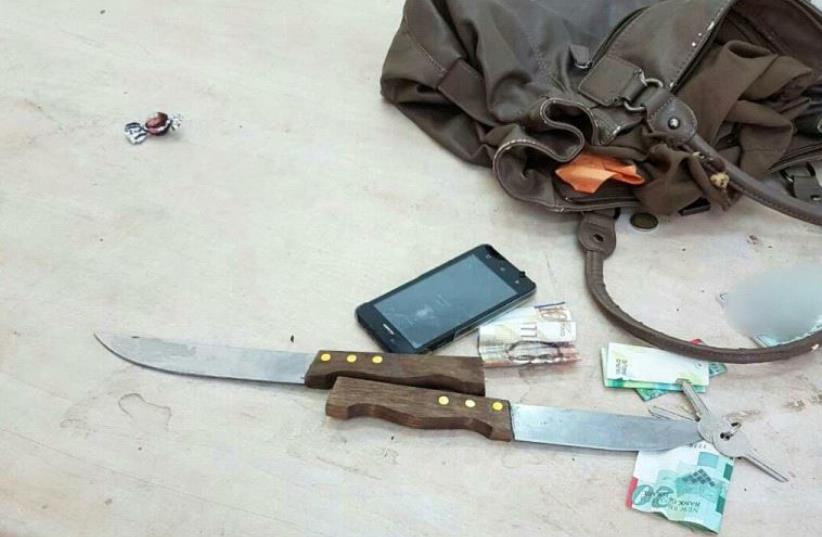 Potential stabbing by female Palestinian thwarted at Cave of the Patriarchs‏
(photo credit: ISRAEL POLICE)
Advertisement
Israeli security forces stopped a potential stabbing by a female Palestinian at the Cave of the Patriarchs.Border Police officers at the revered site in Judea and Samaria on Tuesday found two knives in the woman’s possession during searches of her bag after she aroused their suspicion.Following her detainment for security searches, the suspect was then arrested.According to initial investigations, the woman planned to carry out a stabbing attack at the holy site.The Palestinian woman was transferred to security services for further interrogation.Various possible stabbings have been thwarted in recent years at the Cave of the Patriarchs, the burial ground for the three Hebrew patriarchs and three of the four Hebrew matriarchs.Tuesday’s incident came the day after a Palestinian policeman wounded three IDF soldiers in a shooting attack at a checkpoint that leads to Ramallah. Security forces at the scene shot and killed the gunman.