The High Court of Justice has ruled that the nine stone homes inside the settlement must be razed by March 5. 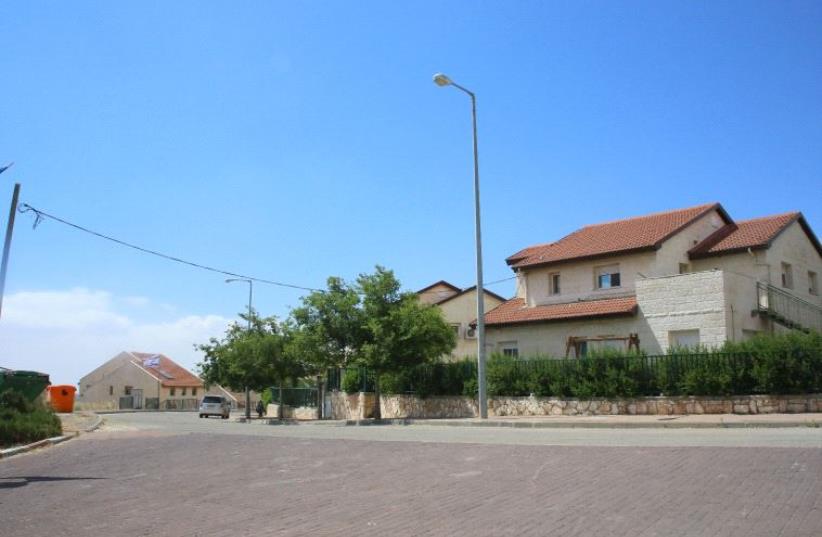 The homes in Ofra that are set for demolition. Photo: Moshe Cohen.
(photo credit: MOSHE COHEN)
Advertisement
The state on Wednesday rejected a plan to seal rather than destroy nine unauthorized homes in the Ofra settlement that were built on private Palestinian property.The High Court of Justice has ruled that the nine stone homes inside the settlement must be razed by March 5.The Ofra families have petitioned the High Court of Justice to seal the structures on the grounds that the Knesset’s passage of the settlements bill means that all such homes would be retroactively legalized, including theirs.
Ayelet Shaked promises Ofra won"t be evacuated‏
Earlier this week, the judges on the case asked the state to clarify if, in fact, the new legislation that retroactively legalizes settler homes on private Palestinian property is applicable to the Ofra homes.The state said the legislation was not applicable in cases such as the nine Ofra homes where the High Court of Justice had already ruled that the homes must be razed. The state asked the court to respond quickly to the Ofra petition so it can move forward to meet the March 5 demolition date.Separately, the Palestinian landowners on whose property the Ofra homes were constructed, asked the High Court to reject the petition by the settlers.They issued their petition with the help of the Israeli nongovernmental organization Yesh Din and their attorneys Michael Sfard and Shlomy Zachary.In its statement to the court, Yesh Din said that the families moved into the homes after injunctions were issued and that they understood full well that the structures were on private Palestinian property.These are property lots that are very clearly registered to Palestinians, Yesh Din said.