On March 6, Real Madrid Football Club sent the head of the Palestinian Football Association Jibril Rajoub an invitation to host Dawabshe at its facilities on March 17. 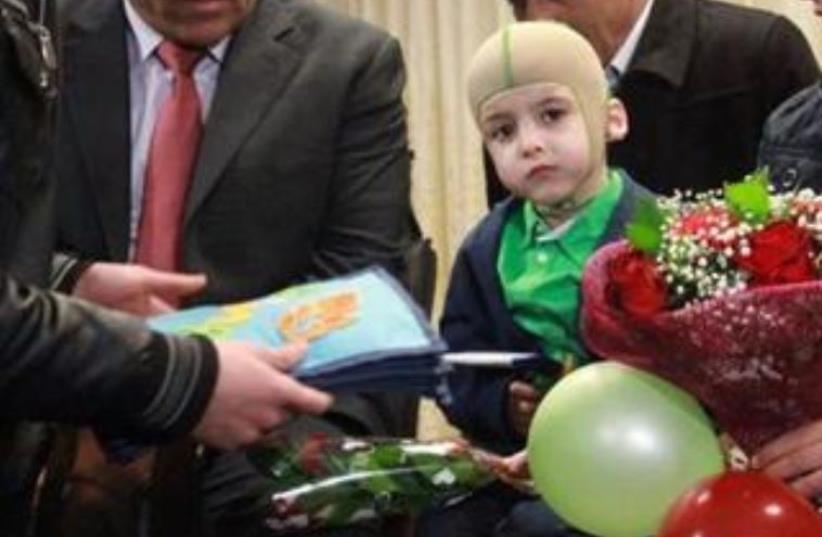 The survivor of Duma arson, Ahmad Dawabshe
(photo credit: PALESTINIAN MEDIA)
Advertisement
Ahmad Dawabshe, the 5-year-old survivor of the Duma arson, is on his way to Spain, where he will be hosted by the Real Madrid football club and fulfil his dream to meet the international football star, Cristiano Ronaldo.According to Palestinian media, Dawabshe arrived Wednesday morning in Jordan's capital, Amman, on his way to Madrid, accompanied by his uncle and his grandfather, who told France Press news agency: "Real Madrid Football Club invited us, but we do not know when we will meet the players."On March 6, Real Madrid Football Club sent the head of the Palestinian Football Association Jibril Rajoub an invitation to host Dawabshe at its facilities on March 17. According to Rajoub, "the invitation is an enormous gesture on the part of Real Madrid and Ronaldo, but we would also like to thank the anonymous soldier who contributed to the visit – Zinedine Zidane. We hope that this humanitarian gesture will help this boy, who has lost his entire family."Ahmad Dawabshe was seriously injured in the Duma arson attack, suspected of being carried out by Jewish extremists, that took place on July 31, 2015. Both his father and mother, Sa'ad and Reham, were killed in the attack, together with 18-month-old brother Ali. Ahmed is currently hospitalized at Sheba Medical Center at Tel Hashomer, where he faces a difficult rehabilitation.