Survivor of Kuntar's slaughter: 'I will never let them frighten me again'

Hezbollah accused Israel of killing Kuntar in an air strike in Damascus. Israel welcomed his slaying but did not say it was responsible. 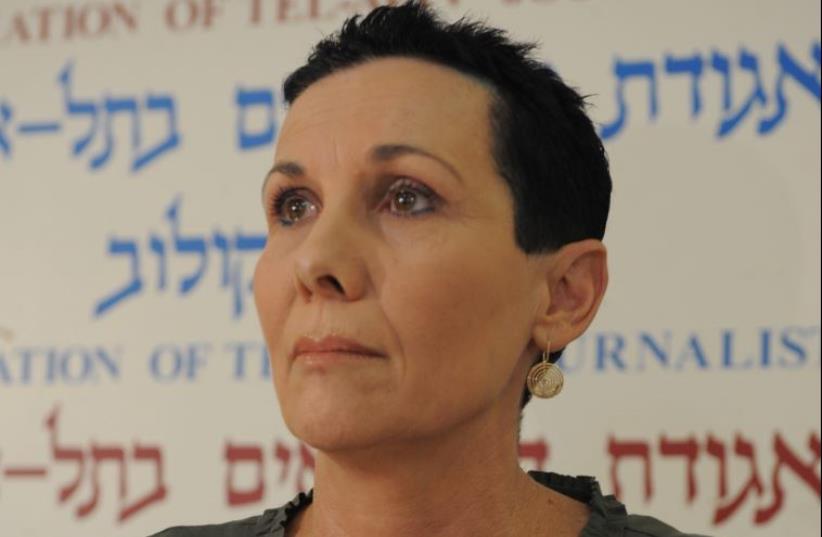 Smadar Haran-Kaiser
(photo credit: REUVEN CASTRO)
Advertisement
Smadar Haran-Kaiser, the mother who survived the terrorist attack led by Samir Kuntar in 1979, painfully recounted how her family was slaughtered before her very eyes, and how she has vowed to “never let them frighten me again.”“I am not sure who killed him, but whoever did – we might never know,” Haran-Kaiser said on a conference call organized by the Israel Project on Sunday.Hezbollah accused Israel of killing Kuntar in an air strike in Damascus. Israel welcomed his slaying but did not say it was responsible.Kuntar was convicted of perpetrating a notorious attack in 1979 when he landed in Nahariya with three other terrorists on a boat from Lebanon, shot a policeman, then killed Haran-Kaiser’s husband, Danny Haran and their four-year-old daughter, Einat.Her youngest daughter, a toddler, also perished, leaving Haran-Kaiser as sole family survivor.Haran-Kaiser recalled how the sounds of gunshots woke the family at 2 a.m. on that terrible day, as terrorists, led by Kuntar, broke into her home.“I was just on my way to take my second girl... something happened and Kuntar found them,” she said, referring to her late husband and their eldest girl.Haran-Kaiser hid in an attic with their younger daughter Yael, who was screaming.“I had put my hand over her mouth to [make her] be quiet,” Haran-Kaiser said. She accidentally suffocated the girl, Yael, while desperately trying to silence her so the terrorists wouldn’t hear them.Kuntar killed Danny Haran on the beach while his daughter Einat watched. Kuntar then “broke Einat’s skull until her brain were all over the rocks,” Haran-Kaiser said.Israel released Kuntar about three decades later, in 2008, in exchange for the bodies of two Israeli reservists Hezbollah killed in 2006 in an attack that triggered the Second Lebanon War.Kuntar was badly wounded in the attack in which he slaughtered the Haran family and his life was saved at the hospital in Nahariya, Haran-Kaiser said.He got three life sentences, “but as we know here in Israel terrorists are always being released after all, so it brings more and more killing. And that is what happened with him,” she said.“When Kuntar was released, it was very painful for me. I had a hard time then. I thought a lot about the terrorist attack,” she said, adding how the sounds of Kuntar’s screaming voice and the smells at the scene are still with her.Haran-Kaiser, whose family were Holocaust survivors, decided to stay in Nahariya despite the trauma, for she had resolved that she would “not let the terror to change my life. I won’t become a refugee in my country.”“I will never let them frighten me again. I am sure that we have the right to be here,” she said.She has two daughters born of a second marriage, and has devoted her life to helping coexistence, as a social worker with Arab and Jewish children.“I am not full of hatred for the other... I want to help other human beings to make the world, maybe some time, a better place,” Haran-Kaiser said.