3 killed, including American tourist, in terrorist shooting near Gush Etzion in the West Bank

By TOVAH LAZAROFF
NOVEMBER 19, 2015 16:44
Security forces apprehend Gush Etzion shooting suspect
Advertisement
Two Israelis and a Palestinian man were killed late Thursday afternoon when a two Palestinian terrorists shot at cars stuck in a traffic jam near the Guish Etzion junction in the West Bank.Initial reports suggest that the terrorist fired at the cars and then sped in the direction of the Alon Shvut settlement and slammed into a car. The terrorists exited their vehicle and attempted to fire off further shots. Security forces shot at them and then arrested them. 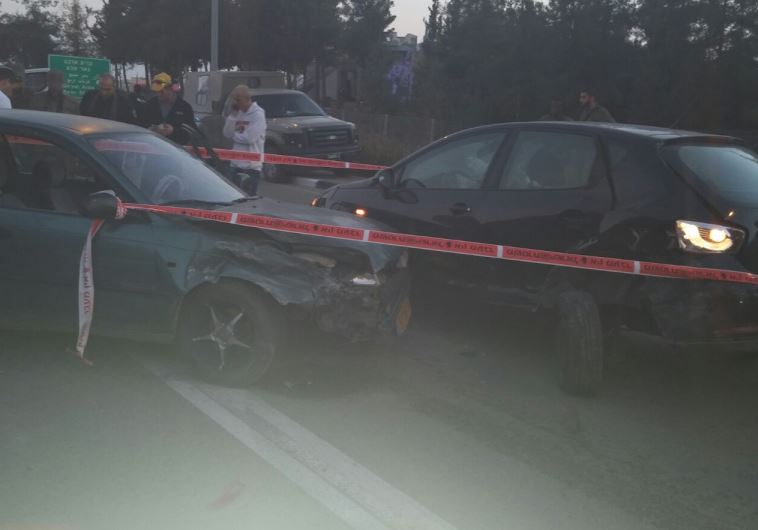 Scene where terrorist vehicle smashed into Israeli vehicle in Gush Etzion (Photo: Fire Department)MDA paramedics pronounced an 18-year old man dead on the scene after efforts to resuscitate him failed. An approximately 50-year old man was seriously wounded and taken to Hadassah University Medical Center in Jerusalem, where his death was pronounced. In addition, three others who were lightly wounded and two who suffered shock were evacuated to the Shaare Zedek Medical Center, which is also located in the capital. 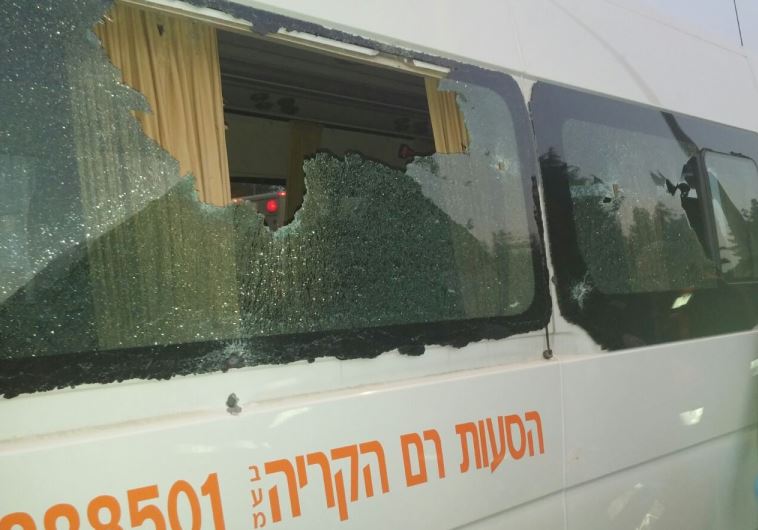 Minibus which was targeted in Gush Etzion shooting attack