"Yata, the village from which the terrorists came, needs to undergo an operation to root out terror," says Transportation Minister Yisrael Katz. 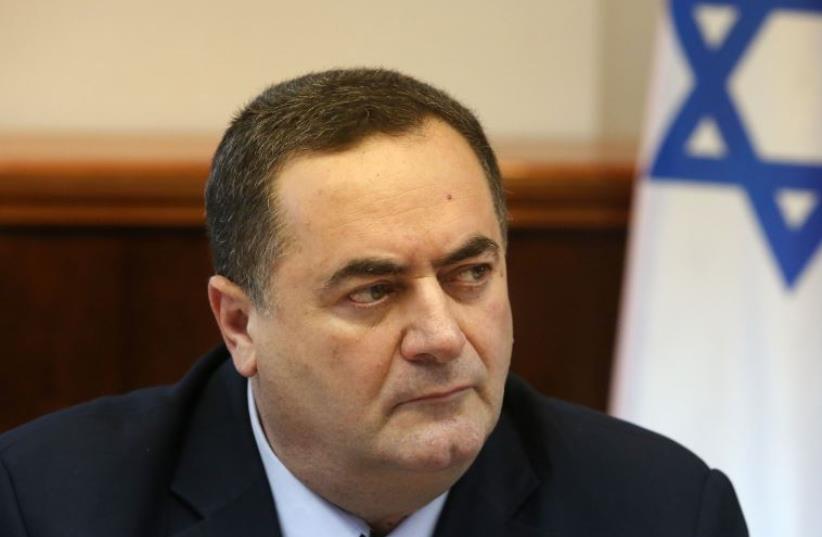 Intelligence Services Minister Israel Katz‏
(photo credit: MARC ISRAEL SELLEM)
Advertisement
In response to Wednesday night's terror attack at Tel Aviv's Sarona market that left four people dead and 16 others wounded, Transportation Minister and Security Council member Yisrael Katz said in an interview on Thursday morning that the attack mandates a harsh and serious Israeli response."Yata, the village from which the terrorists came, needs to undergo an operation to root out terror," Katz remarked, "The village needs to be reminded of its history, which already has experience with terrorism."The minister also suggested that the village be closed for a sustained period, commenting that it is impossible to separate the terrorists from their surroundings.Additionally in the interview with Army Radio, Katz addressed the proposed law that would enable Israel to expel the families of terrorists to Gaza or to Syria, "I call on the legal system to approve this legislation in order to strengthen the policy of deterrence.""If the terrorists knew that their families would be expelled because of their actions, they would think twice before acting."The minister added that Hamas is lauding the terror and said that as the leaders of the Palestinian Authority continue to support these acts of terror, more Jews are dying.Following the deadly terrorist shooting the Coordinator of Government Activities in the Territories, Maj.-Gen. Yoav Mordechai, cancelled the easing of some security restrictions that were in place for the Muslim month of Ramadan.After an evaluation held by Prime Minister Benjamin Netanyahu, Defense Minister Avigdor Liberman, and IDF Chief of Staff Lt.-Gen.Gadi Eisenkot, Mordechai ordered the freezing of 204 entrance permits for relatives of the attackers. Additionally, 83,000 permits for Palestinians in the West Bank to visit family members in Gaza have been revoked, and all easing of security measures for Gaza Strip residents during Ramadan, particularly access to Temple Mount prayers, have been canceled.The military responded to Wednesday night's terror attack swiftly. IDF units together with the Border Police and Civil Administration mapped out a home of one of the terrorist gunmen in the village of Yata, near Hebron overnight between Wednesday and Thursday.  The home has been slated for demolition following the deadly shooting attack that claimed the lives of four Israeli civilians in Sarona Market, Tel Aviv.In January, Yata was the flashpoint for terror when a 13-year-old Palestinian terrorist was killed after attempting to stab a security guard.

Yaakov Lappin contributed to this article.
Advertisement
Subscribe for our daily newsletter