Temple Mount spillover: US warns of riots in Jordan 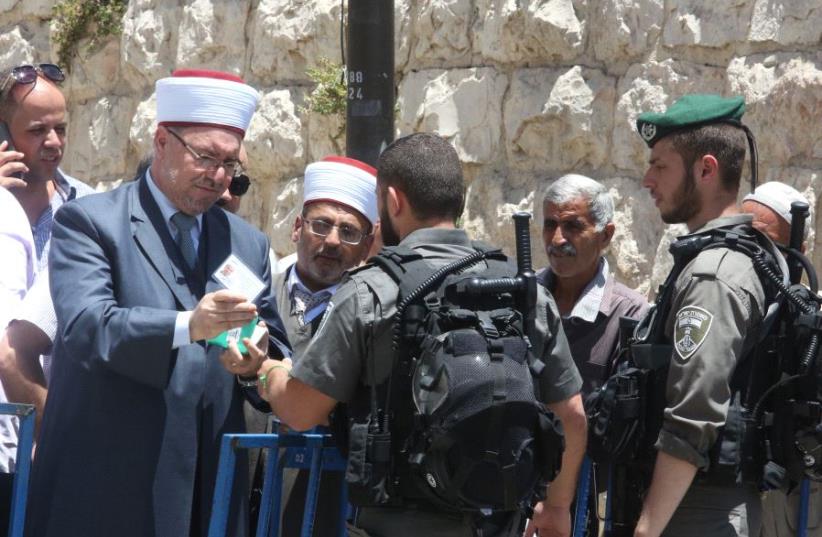 Security checkpoint at the Lions Gate entrance to the Temple Mount
(photo credit: MARC ISRAEL SELLEM/THE JERUSALEM POST)
Advertisement
The United States Embassy in Amman received reports of planned demonstrations following noon prayers in Amman on Friday in response to the ongoing situation at Temple Mount in Jerusalem. The embassy reported "to expect to see an increased police and security presence in and around Amman."
Jordanians take to the streets to protest Israel"s temporary shutdown of the Temple Mount
The US embassy also warned that, "Even demonstrations intended to be peaceful can turn confrontational and escalate into violence,"  and suggested that one should "avoid areas of demonstrations, and exercise caution if in the vicinity of any large gatherings, protests, or demonstrations."Tensions sparked recently regarding the Temple Mount when three Israeli-Arab terrorists killed two policemen by Lions’ Gate last Friday. Prime Minister Benjamin Netanyahu spoke soon after the attack with both Jordan’s King Hussein and Palestinian Authority President Mahmoud Abbas in an effort to keep the situation from spiraling out of control.On Saturday, Netanyahu also spoke with Jordan's King Abudulla regarding the Temple Mount situation.
Herb Keinon and Tovah Lazaroff contributed to this report.