Suspect arrested in connection with attack on police vehicle. 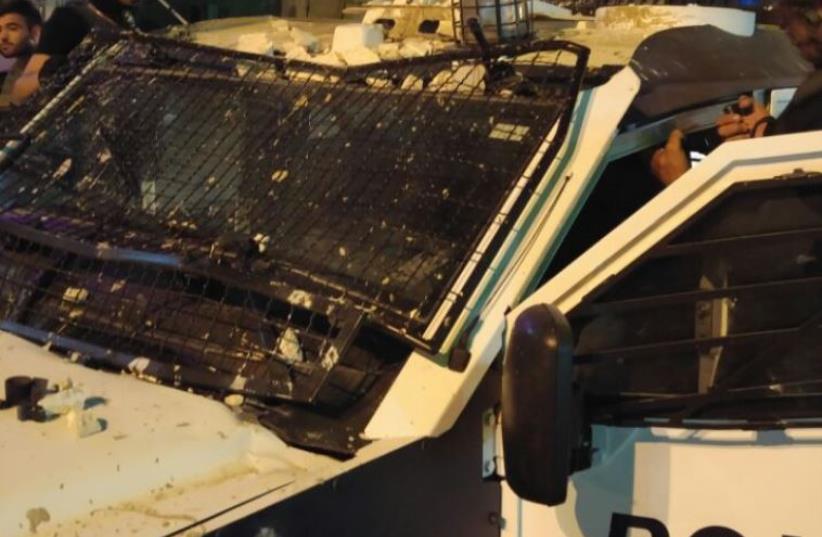 Damage done to Israeli police vehicle
(photo credit: COURTESY ISRAEL POLICE)
Advertisement
Security forces arrested a number of suspects in the West Bank village of Abu Dis on Wednesday night, after a police car was attacked with large stones. Among those arrested was a terrorist who was released as part of the Schalit deal, who was throwing Molotov cocktails and other explosive devices at police forces.Although there was damage to police vehicles, no Israeli citizens were injured. The man was originally convicted on charges of terror related activities. 1,027 terrorists were released by Israel in 2011 in the exchange deal which freed Gilad Schalit. Last year, 50 of them were rearrested for terror related charges.