The assailant was apprehended by a soldier who was stepping off a bus.

Three stabbed in attack on Yermiyahu street in Jerusalem, December 6, 2015.
Advertisement
Three people were wounded, two moderately and one lightly, during a terrorist vehicular and stabbing attack on Yirmiyahu Street in Jerusalem on Sunday night, Magen David Adom reported.A ZAKA rescue and recovery unit said that the terrorist first tried to run over a child, then drove his car into a pedestrian, and then exited his vehicle brandishing a knife and started stabbing victims, including a police officer on a motorcycle.One of the victims was reportedly stabbed by the assailant, while the other was injured in the car ramming.A third person was treated for shock.The terrorist, shot and killed by security forces who rushed to the scene, was identified as an Arab in his early twenties from Beit Hanina, a neighborhood north of Jerusalem.Two victims, a man in his 60s and an additional man in his 20s, were taken for treatment at Shaare Zedek Medical Center in Jerusalem.Police are investigating the circumstances surrounding the incident. 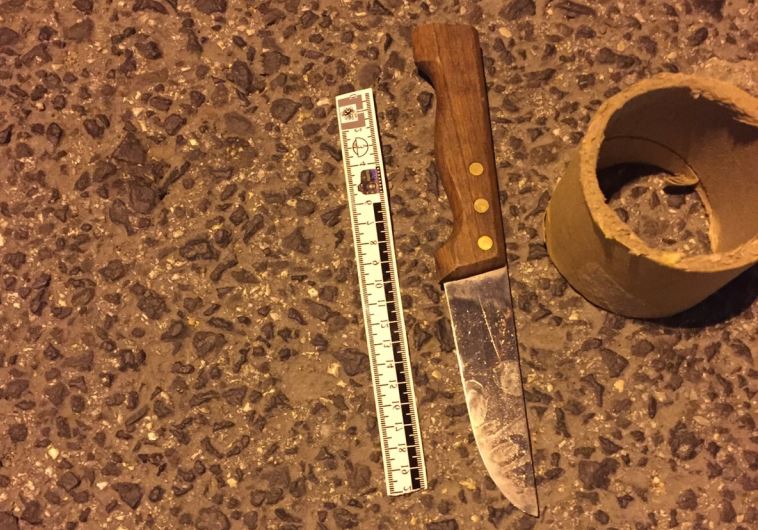 MDA paramedic Elisheva Peretz said that when she arrived at the scene, the 20-year-old victim was sitting in a car, fully conscious and with wounds to his lower body from being hit by the vehicle.“He was writhing in pain but said that people at the scene, including a fellow wounded person, helped him until we could get to the scene of the attack.”