Time to end the hate: Peace is trending

PeaceTech Labs and YaLa Young Leaders take to social media to promote peace in the younger generation and oppose online hate and incitement. 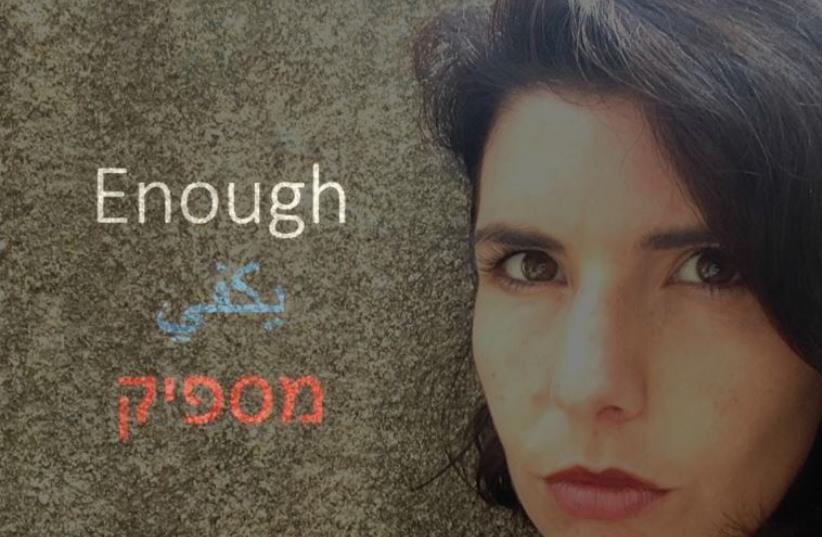 Yala Yound Leaders "Enough" Campaign
(photo credit: YALA YOUNG LEADERS)
Advertisement
With extremists taking to social media to promote racism, incite hatred, and influence people to commit acts of terror, it can be hard to see the other side of the coin. During this past month in Israel and the West Bank, the most recent wave of terror has taken the form of stabbing attacks on IDF soldiers and Jewish Israeli civilians. Diagrams and videos of how to properly stab someone, posted to social media, have encouraged actions of this kind. But, for every violent social media extremist, there is another involved in organizations and movements with accounts to put a stop to the propaganda, promote peace, and #endthehate.The PeaceTech Lab in Washington, DC is one of these organizations.The PeaceTech Lab works specifically to help citizens in violent conflict areas around the globe develop technologies and social media outreach to promote peace and counter violence. Their work shows communities how they can turn social media into a powerful force to promote peacebuilding efforts in order to drown out the noise and impact made by inciters. With blatant propaganda and hate speech attacking the newsfeeds of communities near and far, these initiatives are much needed. Dr. Sheldon Himelfarb, president of PeaceTech Labs, who has been following the situation in Israel closely, brings some truths to light. “Countering the social media messaging has to come from both Israelis and Palestinians. And it can be impactful. We’ve seen good research that shows the power of swarming extremists online with counter messaging can help to drown out the extremists and cause them to cease and desist. I’m hoping we’ll hear more from voices like the YaLa group of young Israeli and Palestinian leaders, who have found common ground before on opposing violence, and who use social media very effectively to grow and connect with networks on both sides,” Himelfarb says. “If there is a solution to reducing violence in Israel and around the world, technology plays a lead role. For every new violent extremist recruit swayed through social media, there is another digital citizen that could be using "peacetech" to counter violence.” YaLa Young Leaders is an additional social media outreach program focused on fostering peace and ending hate. The movement uses social media to focus on dialogue and engagement as a means to securing a safe, productive, and peaceful region. Founded by Uri Savir in May 2011, the YaLa Young Leaders movement was co-founded by the Peres Center for Peace and YaLa Palestine.Ofri Tischler, Project Manager of YaLa Young Leaders explains the affects such organizations can have. “We see positive change all the time! Especially in participants in the various YaLa Academy programs. Participants come from a variety of backgrounds and while they might have disagreements, the dialogue is very productive and often fosters long lasting friendships and relationships. Participants also use the tools they gain in the various programs to create positive change in their own communities,” Tischler says. “I can’t tell you there isn’t backlash sometimes, but there are 942,128 people who’ve liked the Facebook page! People are very eager in this area to talk to one another about issues, even harder issues all over the world, especially Israel and Palestine.”While individuals with social media accounts have been advocating for peace, some major online corporations have followed in suit. Facebook has actively shut down numerous incitement pages, due to their propaganda promoting violence. “Facebook has closed, over the past two days, a large number of pages run by and close to the Hamas movement’s media in the occupied West Bank,” the Islamist group said in a statement issued last Wednesday. Hamas said these steps were taken after a “wide-ranging and organized complaint campaign” that was supported by direct pressure from the Israeli Telecommunications and Foreign Ministry to Facebook’s administration. Hamas also announced that the page of its official international spokesperson, Husam Badran, had been shut down, due to incitement and hate speech. When asked what advice could be given to anyone who wants to get involved and stop hate speech in their communities, Tischler says, "Be everywhere. Know your audience, use Facebook, Twitter, Instagram, Tumbler, everything goes. Tell your story, a personal story can get across very effectively and will connect people to your cause, and if you like writing, blogging is always a good way to tell your story. Last thing- network, connect with other activists on social media and create a community of activists."Time to #endthehate!
Join the peace movement today! Get involved with YaLa on their Facebook page https://www.facebook.com/YaLaYL/?fref=ts
Advertisement
Subscribe for our daily newsletter