The 'scent' of terror: New dagger perfume available for purchase in Gaza

The dagger perfume is intended to help people remember "the value of revenge" and continued resistance. 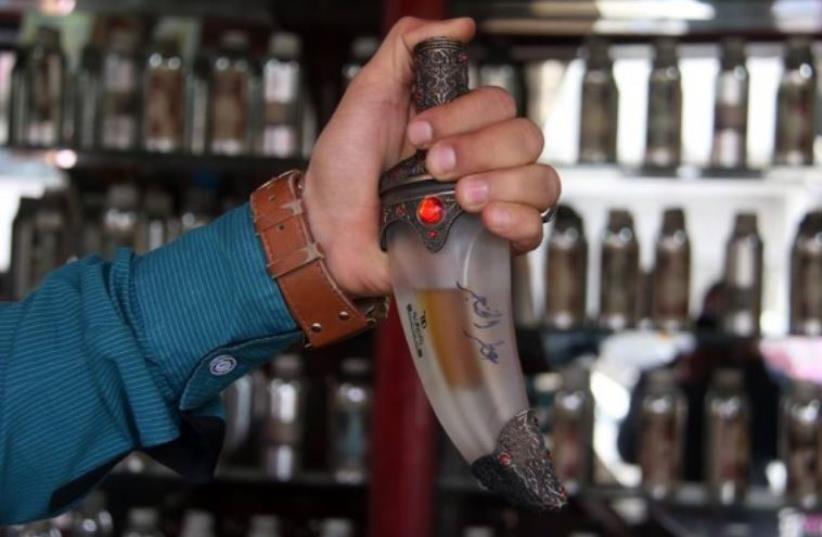 New dagger perfume available for purchase in Gaza‏
(photo credit: PALESTINIAN MEDIA)
Advertisement
The latest perfume trend in Gaza is a new scent being sold in a bottle shaped like a dagger, the Palestinian symbol of resistance in the latest wave of terror to strike Israel in recent months, according to reports by Alkahleej, a United Arab Emirates based media site. In the face of an economic downturn, Gazan vendors and business owners are using their creativity in an attempt to encourage buyers and increase sales. The latest gimmick introduced to the market is the "Dagger perfume," an intricately detailed perfume bottle made out of a piece of glass in the shape of a blade with a silver handle and tip accented with red jewels.According to one of the vendors who spoke to Alkahleej, "the fragrance is dedicated to martyrs," and is intended to help people remember the "value of revenge and continued fighting."The Gazan vendor noted that the perfume was unlikely to sell in large quantities due to the high price tag. This is not the first time that war and perfume have come together. The citrus scented "M-75" perfume, which hit the shelves during Operation Pillar of Defense in 2012, was named for the missiles Hamas Islamist militants shot at Tel Aviv and Jerusalem in the eight-day conflict that ended with an Egyptian-brokered truce. The green and black missile shaped bottle was intended to give consumers a chance to smell victory according to Rajaey Odwan, director of Gaza's Continental Style perfume company which markets imported fragrances.Reuters and Khaled Abu Toameh contributed to this report.